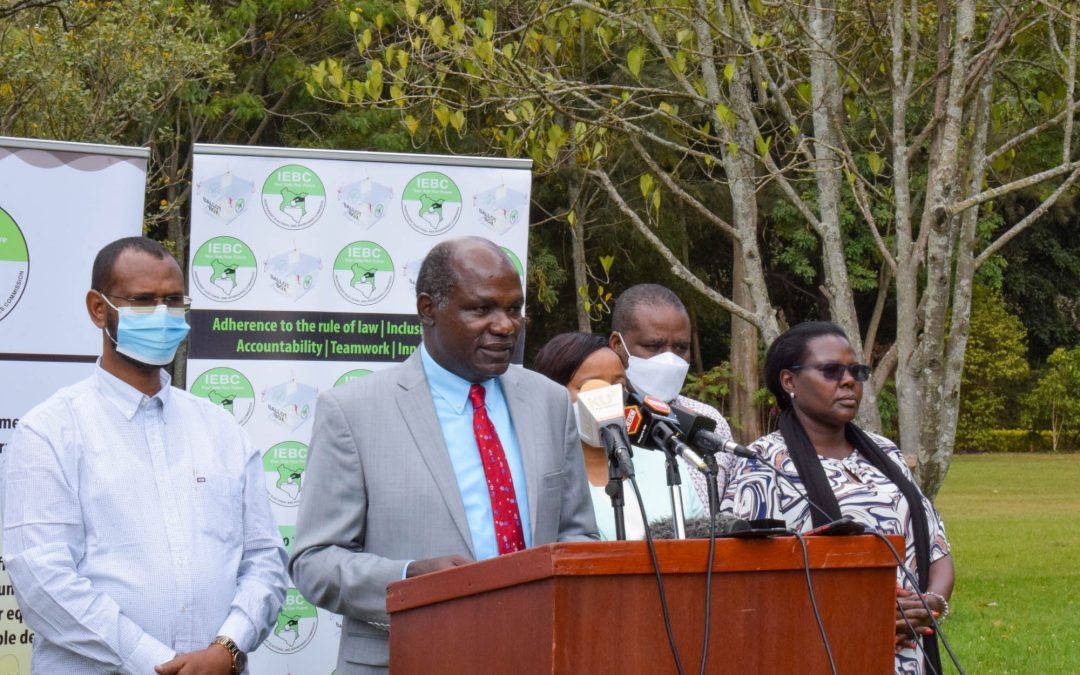 The Independent Electoral and Boundaries  Commission IEBC has announced the appointment of Marjan Hussein Marjan as its news Chief Executive Officer, months to the August General Elections.

Making the announcement, IEBC Chairman Wafula Chebukati said Marjan emerged top as the most qualified and suitable candidate for the position  after they conducted interviews for the 5 shortlisted applicants yesterday.

“The advertisement closed on 21st January 2022 and five Applicants for the position of Commission Secretary/CEO were shortlisted by the Recruitment Panel of the Commission composed of the Chairperson and all the Commissioners .Interviews for shortlisted applicants were conducted on 8th March 2022 and  Marjan Hussein Marjan emerged top as the most qualified and suitable candidate for the position”, Chebukati stated.

Marjan has been the acting CEO of the commission since October 2017 and prior to that he was the Deputy Commissioner Secretary support services from April 2015. By profession, Marjan is a Certified Public Accountant (CPA), a Certified Information System Auditor (CISA), a Certified Quality Assessor (CQS), and has Certification in Control Self Assessment (CCSA).

He holds a Masters degree in Business Management in Strategic Management and a Bachelors Degree in Commerce.

Marjan now takes over from Ezra Chiloba who was fired over alleged gross misconduct.

“The Commission congratulates Marjan on his new appointment as the Commission Secretary/CEO of the IEBC,” Chebukati said.

Meanwhile, Interviews for the position of the Deputy Commission Secretary for the ten (10) shortlisted applicants will be conducted on Wednesday and Thursday.