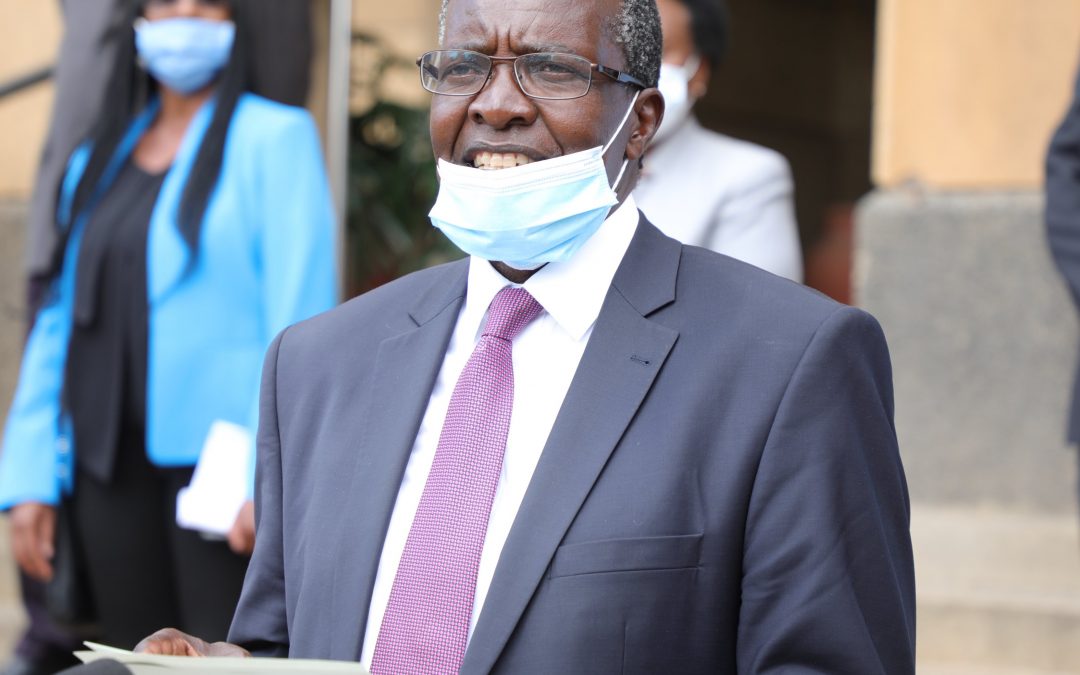 Adressing the press at the supreme court, Maraga has asked Kenyans to prepare for a Congested court diary with court Backlog increasing since march 15. Maraga says  filed cases have increased drastically especially in Nairobi saying that a Lands courts case filed today will be heard in 2022. According to Maraga  the court of appeal having 15 judges has to listen to over 7 thousand cases while the Employment court has 12 judges with  13,197 pending cases as at 31st march.

“I have challenged the Executive to table before the JSC the alleged information of lack of integrity it has against some of the 41 nominees. Some of the individuals the Executive claims to have adverse information against are serving judges, Said Maraga.

The 41 Judges have reportedly not yet been appointed over integrity issues. Maraga says the president has an obligation to formalize the appointments by  JSC.

“The refusal of the President to appoint the 41 judges, was a grave violation of the constitution,” Said Maraga.

While assuring that his respect for the President was unwavering, Maraga urged him to not only talk the talk on upholding the Constitution but also walk it,