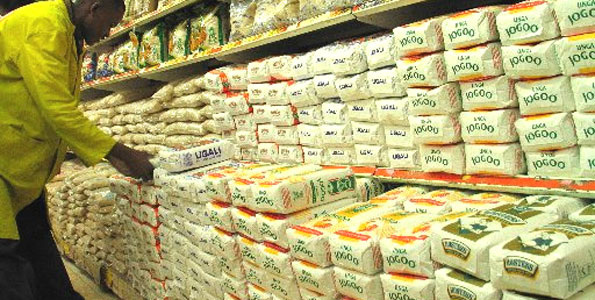 The price of   Maize flour in the country is expected to decline in the coming months as the country ushers in the harvest season from  the south Rift region.

Following the start of the harvesting season in the South rift, the farm -gate  price of a  90-kilogramme bag  of maize is now retailing at Sh2,800 from 3,000 signaling ,lower cost of flour for consumers. However this may take time to reflect in the pockets of Kenyans

For the next two months, Kenyans will continue to purchase a packet  2 KG of Unga  between 116 and 119 Ksh, despite harsh economic times, before the second harvest from the maize growing belt of Nakuru stabilizes or reduces the prices of the staple food in the country.

According to Tabitha Ng’ang’a a maize and cereal trader who has been in the trade sine the 70’s and has mastered the market rates ,a 90 KG bag  of maize is currently is retailing at sh3500 and will only  stabilize if farmers register a bumper harvest.

The latest harvest from the south rift  including areas of Bomet and Narok has set  farm-gate price of a 90KG bag at Ksh 2,800 , and is expected to inject an additional 2 million bags of maize, but the heavy rains that was experienced in the region in the past months could jeopardize this.

Farmers are also demanding a price of Ksh 3,000 per 90 kg bag saying there has been an influx of imported maize from Tanzania  after the Treasury reduced the duty from 50 per cent to 14 per cent.The shortage however has been linked to massive hoarding of maize by the middlemen who buy the produce from farmers and supply the millers.

As the harvest season kicks in Kenyans are hopeful that a bumper harvet will mean that the  maize millers will further lower the price of maize flour further lowering the  inflation rate as it accounts for a significant share of household budgets.