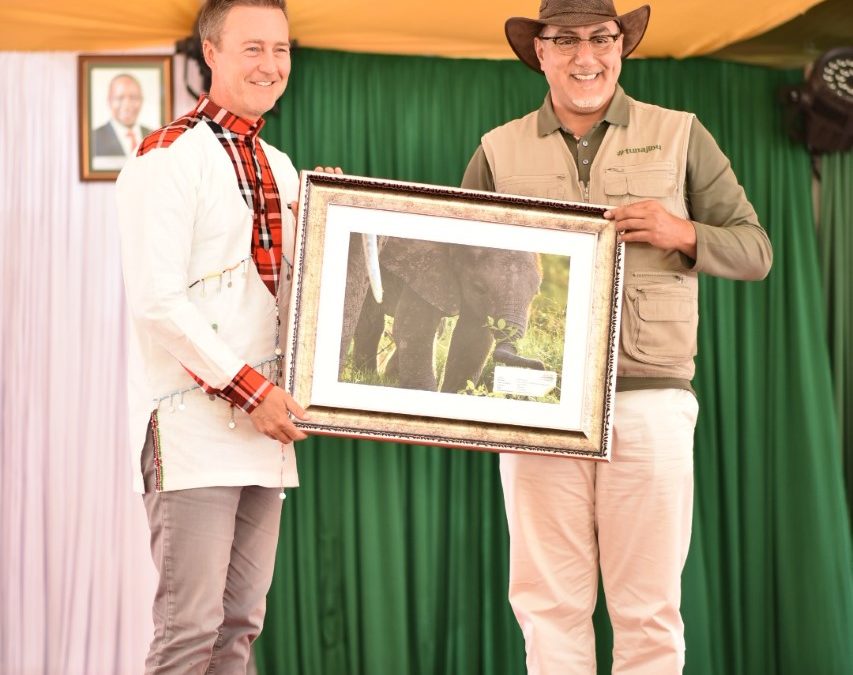 Elephant conservation has received a major boost with the appointment of American actor, filmmaker, and producer Edward Norton as the Magical Kenya Tembo Naming Festival ambassador.

Edward Norton, who is a star in prominent movies, will help raise the profile of the festival, an annual activity to support conservation of elephants in the country.
Cabinet Secretary for Tourism and Wildlife Najib Balala while announcing the appointment said that Edward Norton’s global appeal and passion towards protection of nature and species will take the conservation efforts to the next level.
“We have chosen to work with Edward because he has a passion for conservation and biodiversity and his social status will help us to realize our goals in raising awareness and solving the problems that face our wildlife. His interests extend to areas that include habitat loss, deforestation, species extinction, and the need for sustainable consumption patterns among people in industrialized countries. These are critical elements in conservation which are important to us,” said the CS.
He added that the tourism sector will leverage Edward Norton’s global appeal to raise awareness about the festival to the international audience. Edwards in 2010, was appointed first Goodwill Ambassador for Biodiversity by United Nations Secretary-General, a role which is meant to help improve people’s understanding of biodiversity and its importance to human wellbeing.
The CS said his appointment will elevate the level of support for the Magical Kenya Tembo Naming Festival which was launched in 2021, a fundraising initiative that allows individuals and organizations to adopt and name an elephant after contributing to conservation efforts.
The Inaugural Festival which was held in October  of 21 saw a total of Sh16.5 million raised from individuals and corporates in the country. The Ministry of Tourism and wildlife targets to raise Sh100 million within the financial year 2021- 2022.