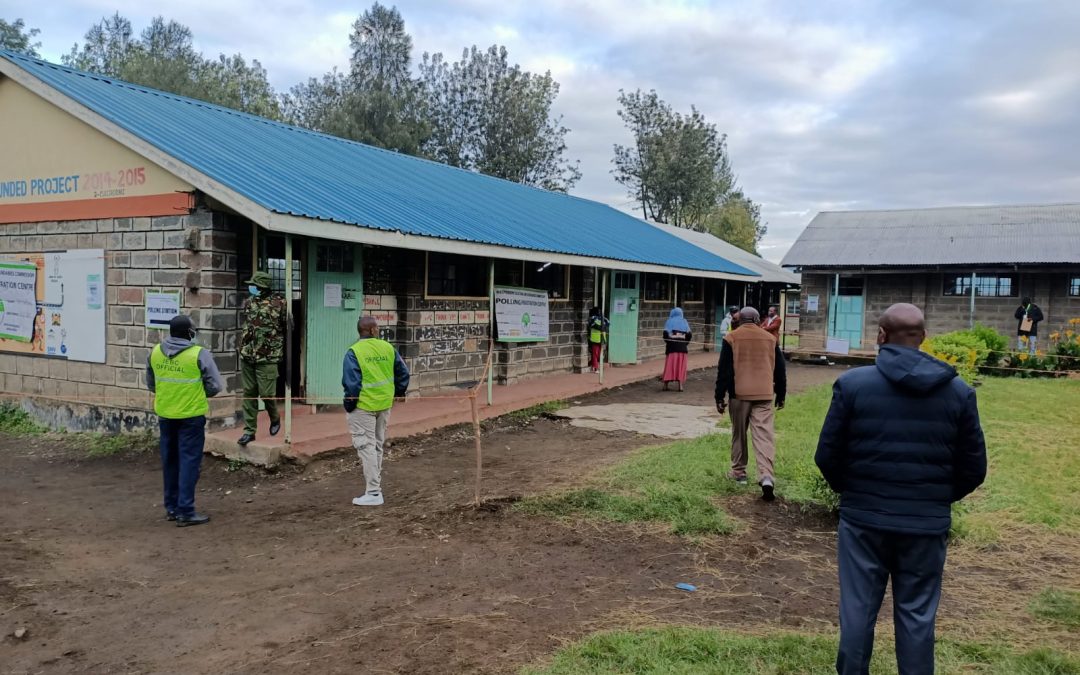 Two gubernatorial elections are among postponed elections in the August 2022 General Elections schedule that are being carried out today.

Electorate in Kakamega and Mombasa are casting their ballot to elect their new County governors, who will replace their incumbent governors Wycliffe Oparanya and Hassan Joho who completed their second terms as per the constitution.

Mombasa ODM governor candidate Abdulswamad Nassir who is eyeing the Mombasa county top seat , was the first candidate in the Mombasa governor race to cast his ballot.

He voted at Mvita Primary at 9.30am, however noting a low voter turnout at the polling centre and urged more people to come out and vote.

Commenting on the elections,  Central Organization of Trade unions COTU Secretary General Francis Awoli has asked politicians to respect the civil and political rights of voters as stipulated in the UN Charter.

Addressing the press in Kakamega, Atwoli also expressed confidence that his Candidate Fernandes Barasa will win the Kakamega Gubernatorial seat.

Atwoli further called for unity in the country, appealing to Kenyans to remain patriotic and let politicians reconcile the nation.

He also said that the ongoing elections run smoothly if there will be no electoral malpractices.

Incumbent MP Raymond Moi however bashed the electoral commission IEBC, alleging  that the playing field is not leveled as elected members were reportedly attempting to intimidate voters from Rongai, Nakuru county