Life must go on after BBI, DP Ruto advices 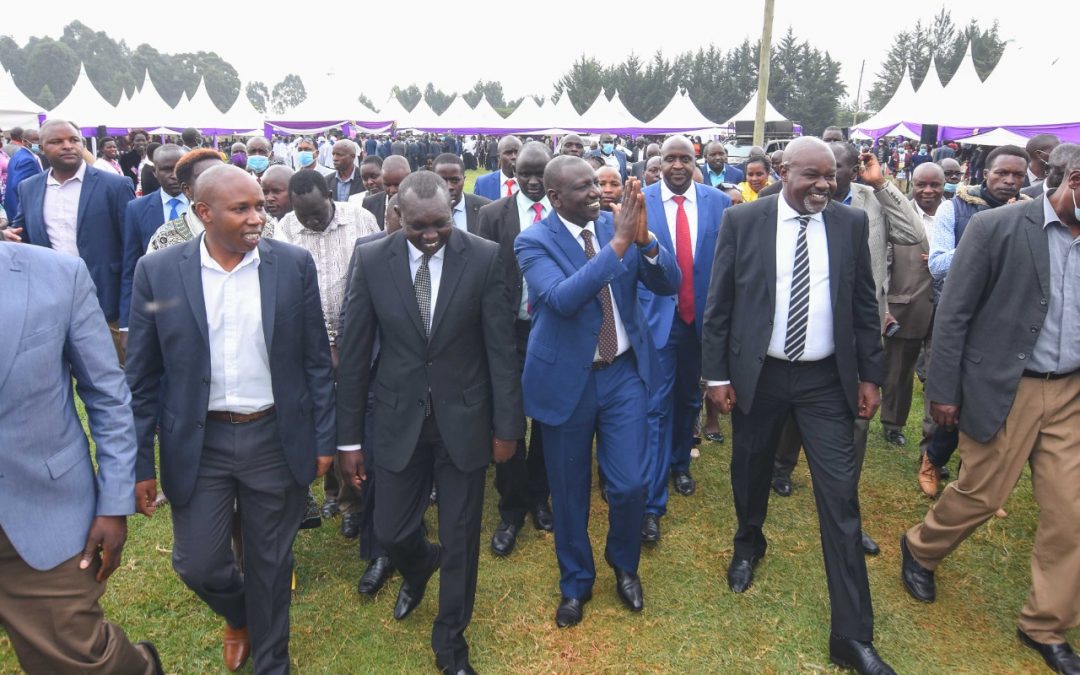 Dr. Ruto said whether BBI is passed or not, Kenyans would continue with their day-today activities.

The Deputy President said contests on BBI should not divide the country along tribal, religious and political affiliations, saying unity of Kenyans remains key to the attainment of peace and development.

He said the noises being witnessed over the BBI report should not worry Kenyans as far as issues of unity was concerned ‘because this is what democracy is all about’.

“In politics, it’s like being in the kitchen, where as the cook, one cannot run away because of too much smoke but has to endure for the food to be ready,” he said.

He went on: “We must stand together as leaders and preach peace and unity despite the challenges we are facing as a country. We will pull together as a nation. After the BBI debate, we will be back to our normal development programmes.”

The Deputy President said leaders should not take Kenyans back to the era of tribal affiliations.

“As leaders, we must eliminate tribal politics at all costs and embrace unity among all Kenyans irrespective of their ethnic, political, religious and economic status,” said Dr Ruto.

The Deputy President made the remarks today at Kipkenyo in Kapseret Constituency, Uasin Gishu County, during the funeral service of the late William Kipkemoi Kurgat, a retired Anglican Church of Kenya (ACK), Lay Reader.

The Deputy President described the late Kurgat as a great leader who mentored my individuals to be great politicians besides educating many children from less privileged in the society.

The legislators urged those in authority to stop misusing their constitutional powers and instead serve all Kenyans equally.