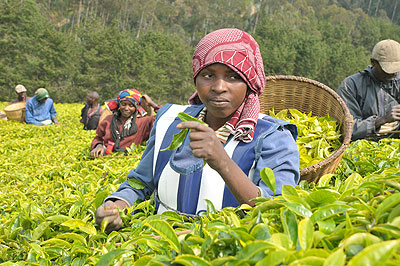 According to Kenya Tea Development Agency (KTDA) lawyer, Benson Millimo, the regulations go against the spirit and letter of the Kenya constitution and will significantly reduce tea farmers earnings; thereby achieving the opposite result of what their intended objective was.

Speaking in Nairobi, lawyer Millimo said the proposed regulations are flawed as they go against the principle of the Crops Act of 2013, upon which the Agriculture Cabinet Secretary derives authority to formulate subsidiary legislation.

“We looked at the regulations and realized that, fundamentally, they are defective to the extent that they go against the Crops Act of 2013 which was legislated by parliament with some specific intentions; one of which was to reduce bureaucracy in cash crops. What these tea regulations would actually do is increase bureaucracy seeing that what the Cabinet Secretary has done is to bring in more regulations and conditions on matters of tea farming,” said Millimo.

He also said that the regulations infringe on the constitutional right to own property and challenged the Government to follow the right procedures should it have interest in owning the property held by tea farmers under the ambit of KTDA.

“There has been a continued misconception by people all over who don’t know what KTDA is. KTDA is a private company owned by tea farmers; it is not a parastatal. To this extent, therefore, if the Government is interested in taking over the business of KTDA, then the only thing it can do is to buy-off KTDA by negotiating with the farmers; but to just come in and frustrate a private business is something that is akin to compulsory acquisition through regulations and is not allowed whatsoever in law.”

According to the lawyer, smallholder tea farmers risk losing direct control of the management of the tea chain if the proposal are passed in their current form; saying the same fate that met other cash crops such as coffee and sugar could soon meet tea farmers.

“Tea has been the top foreign exchange earner in Kenya. One of the things that have made the tea small-scale industry to continue growing is that the entire process of owning the small-scale tea farms, processing, manufacturing and selling the tea is done by the farmers through their elected representatives in the name of directors”.

“This has made it possible to insulate small-scale tea farming in Kenya from politics and executive interference of the day. Other cash crops such as cotton, sisal, sugar and coffee have all failed because the owner, who is the farmer, was never involved in the management and sale of their cash crops.”

“The consequential effect of these regulations, for instance, is that the tea farmer will be required to surrender their shares both at the tea factory level and at the apex level at KTDA, ”

CS Munya unveiled the Crops (Tea Industry) Regulations 2020 late last month as a follow-up to president Uhuru Kenyatta’s pronouncements at the start of the year for the desire to increase the smallholder tea farmer earnings through various initiatives.

Various stakeholders, including the East African Tea Trade Association, the Kenya Tea Development Authority have already shared detailed responses to the regulations outlining the need for further consultations on the same.

A section of tea farmers from the Rift Valley and Central Kenya have also come out to oppose the regulations asking for more consultations, involving them.