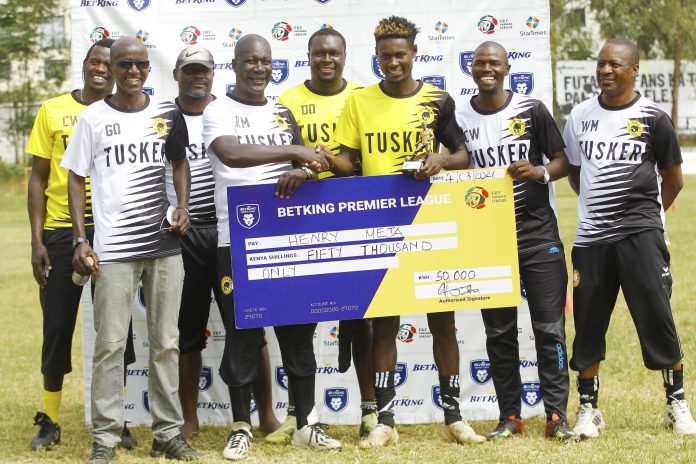 Tusker FC  striker Henry Meja is the Football Kenya Federation, Premier League player of the month of January after finding  the  back of the net four times and assisted once in five matches.

The 19-year old helped Tusker begin the month with a vital 1-0 away win to Kakamega Homeboyz before scoring a brace and an assist in their 4-2 triumph over  Kariobangi Sharks at the Kasarani Annex.

Meja, wrapped the month with the winning goal when Tusker saw off Zoo FC 2-1 at the Afraha Stadium.

The Kakamega High School alumnus beat to the award Wazito FC’s  Kevin Kimani and Gor Mahia captain Kenneth Muguna to grab the trophy and Ksh 50,000 token from the league.

Meja becomes the second recipient of the award this season after AFC Leopards forward Elvis Rupia was voted as December’s best player by the seven-member panel  composed of Sports Journalists  established to pick outstanding performers.