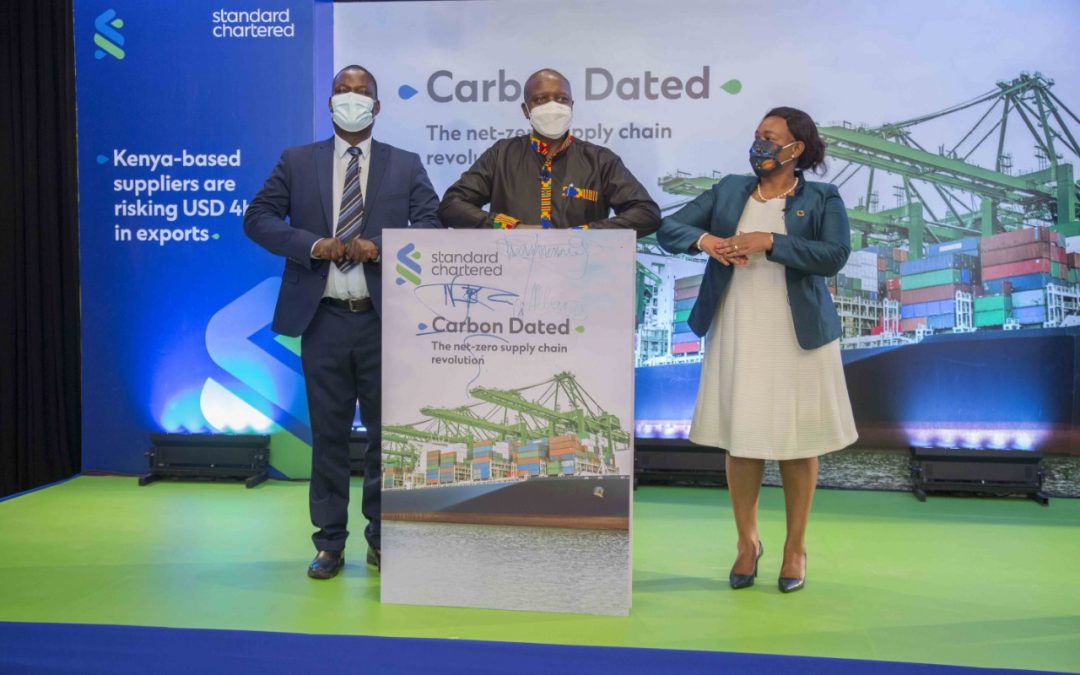 Multinational companies have pledged to  cut suppliers for failing to curb carbon emissions. This is according to a new study by Standard Chartered which reveals that  78 per cent of multinationals (MNCs) are planning to remove suppliers that endanger their carbon transition plan by 2025.

For Kenyan suppliers who fail to transition alongside their MNC partners, this could mean a loss in export revenue of USD3.9bn. However, the study also reveals a USD1.6tn market opportunity for suppliers who de-carbonise in line with MNC net zero plans.

According to Carbon Dated report, which looks at the risks and opportunities for suppliers in emerging and fast-growing markets as large corporates transition to net zero, 15 per cent of MNCs have already begun removing suppliers that might scupper their transition plans. In total, MNCs expect to exclude 35 per cent of their current suppliers as they move away from carbon.

The study also found that supply chain emissions account for an average of 73 per cent of MNCs’ total emissions.

Meanwhile, more than two thirds (67 per cent) of MNCs say tackling supply chain emissions is the first step in their net-zero transition, rather than focusing on their own carbon output.

Suppliers in 12 key emerging and fast-growing markets can share in USD1.6tn worth of business if they can remain part of MNC supply chains. Another 87 per cent of MNCs with a supply chain in Kenya have set emission reduction targets for their suppliers, asking for an average reduction of 35 per cent by 2025.

Kariuki Ngari, CEO Standard Chartered Bank Kenya & EA says: “Decarbonisation is vital for the survival of the planet. Emerging markets are most at risk from climate change and are among the least prepared and represent the fastest growing sources of new carbon emissions. Kenya for example aims to achieve a net-zero carbon neutral economy by 2050. The government also aims to set up an emissions trading system that will allow companies and other bodies to buy emissions allowances. These are bold steps and a catalyst towards net zero. Currently, 70% of the nation’s installed electricity capacity comes from renewable energy sources, which is more than three times the global average.

Carbon Dated surveyed 400 sustainability and supply chain experts at MNCs across the globe.