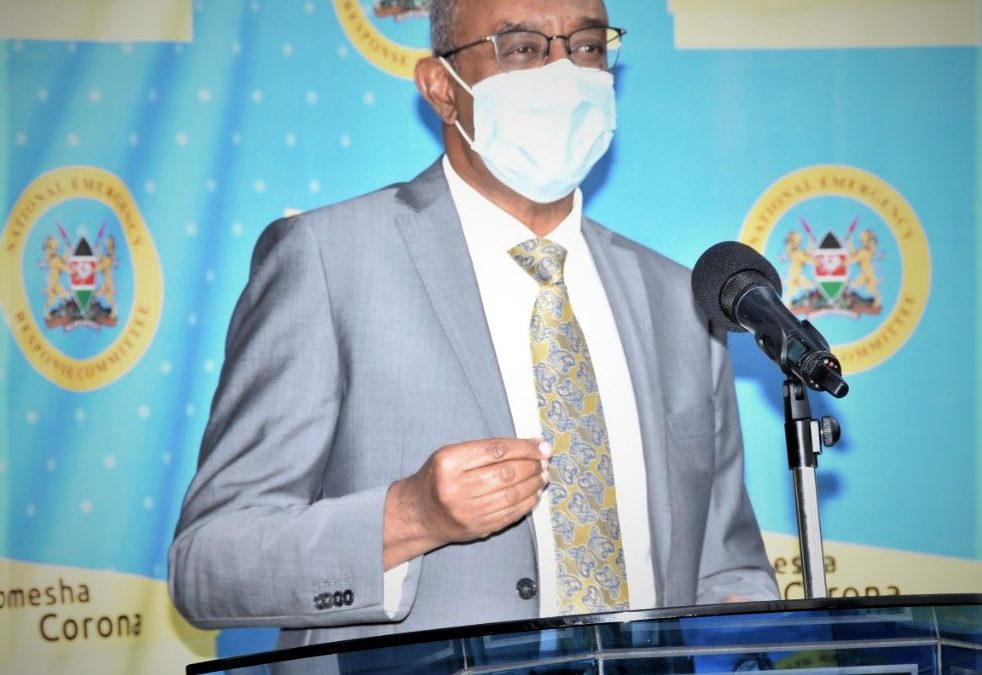 Giving an update on Wednesday, on the corona virus situation in the country, Health Chief Administrative Secretary (CAS) Dr. Rashid Aman said the recoveries demonstrates the good management by the healthcare workers and shows that the disease, when clinically manifested, is curable and hence not a death sentence.

“As the coronavirus continues to ravage the globe, there has been many recoveries. Three million persons out of the 6.2 million infected globally, have fully recovered and these recoveries are attributed to the diligent and committed work of healthcare workers, operating in enabled health systems”, Dr. Rashid said.

He has however noted that majority of the truck drivers who are arriving at the borders without valid document are causing unnecessary snarl ups and delays. These are scenarios that can very easily be avoided of all of them can adhere to the process of being tested 48 hours prior before they embark on their journey and this he said will avoid inconveniencing other road users.

He acknowledged that there is a bit of delay in releasing results but noted that they are giving priority to samples of the truck drivers that is majorly being undertaken at Turbo centre but further also said that the two mobile testing clinics in Namanga and Mai Mahiu are up and running to ensure truck drivers are tested and get their results faster.

The distribution of the cases in the sub-counties the CAS added is the 44 cases in Nairobi are from; Kibra, ten Westlands, nine Dagoretti North, four Embakasi West, four Embakasi South, Langata, Makadara, Mathare, and kasarani Kasarani, three each while Ruaraka and Kamukunji each have one case.

In Mombasa, the thirty-four cases are from Mvita, eleven Jomvu eight , Changamwe, five Likoni, four , Kisauni and Nyali have three cases each.

Sadly, the CAS said the country has lost 3 male patients from the disease, Two of them are from Nairobi, while one is from Nyeri.

The CAS noted that even as we celebrate successes, the importance of observing containment measures is still key and warned a few people who have reverted to business as usual not to do so but take personal responsibility in the fight.

“Many entertainment joints have now opened to full business. I am sure that you have seen some video clips in the social media, showing people crowding such places throwing all caution to the wind, as regards to social distancing. This is unacceptable, and if anything, it creates a perfect environment for infection. We must not allow ourselves to quickly recede to the old ways”, he said.