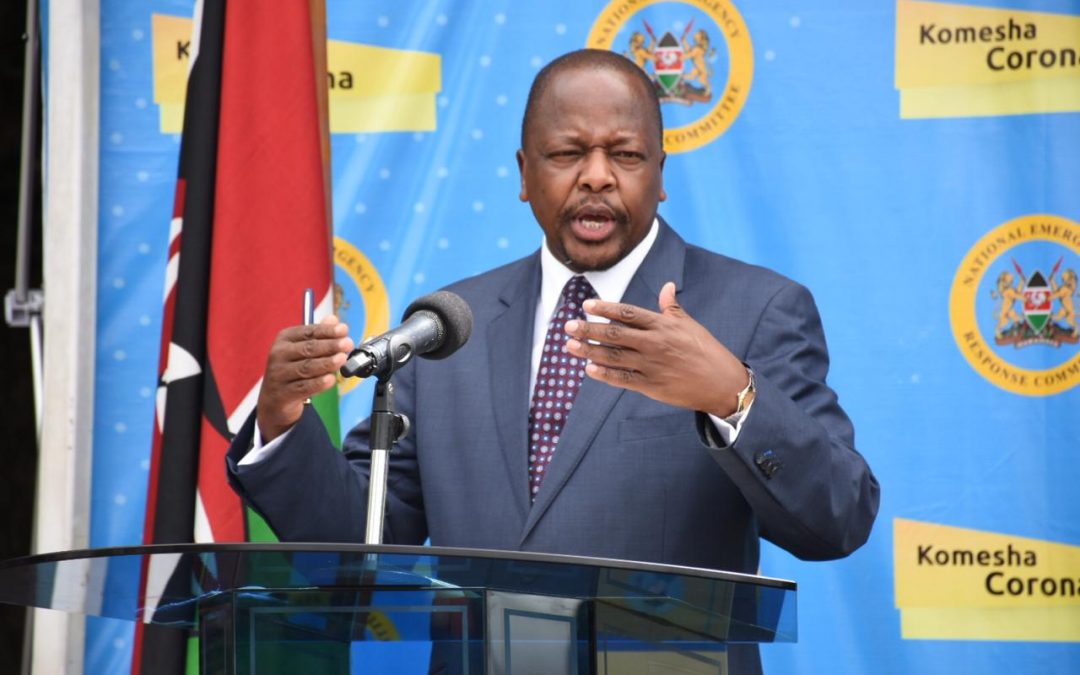 The country has reported 45more Coronavirus cases in the last 24 hours, the highest since the first case was reported raising the total number of confirmed cases to 535.

The 45 were confirmed from 1077 samples tested within the last 24 hours, Out of the 45 new patients, 29 are from Nairobi 11 from Mombasa and 5 from Wajir among whom one is a Somali national. All Nairobi cases came from Eastleigh raising the area’s total number of infections to 63.

In the distribution of gender, 30 of the new cases are male while the remaining 15 are female. The new patients were aged between two and 87 years.

Speaking during his daily briefing on Tuesday, Health Cabinet Secretary Mutahi said  9 new discharges have been recorded, bringing the total number of recoveries to 182.

The CS stated that serious action need to be taken in three key areas where there is community spread which include: Eastleigh, Kawangware, and Old Town Mombasa

“The figures we are hearing today are a clear indication that things are not getting better. Those exhibiting indiscipline and leading others astray are becoming a common phenomenon.” Said Kagwe.

Mutahi has further appealed to the public to continue exercising caution,

“we have reached a point where people think we are out of the woods but that’s not the case”. Said Kagwe.

Mutahi has at the same time cautioned restaurants against flouting government regulations, after President Kenyatta announced partial reopening of the premises under strict regulations. Kagwe said despite the order to reopen some people have openly disobeyed the directives through mischievous actions.

“People have been going to pubs and eateries, they order one sausage and two beers then anatoka hapo anaingia hoteli ingine anakula sausage ingine na beer zingine mbili… kusema ukweli, what are we doing?” asked Kagwe.

He said the government would issue further directives on containing the spread of the virus during the week.