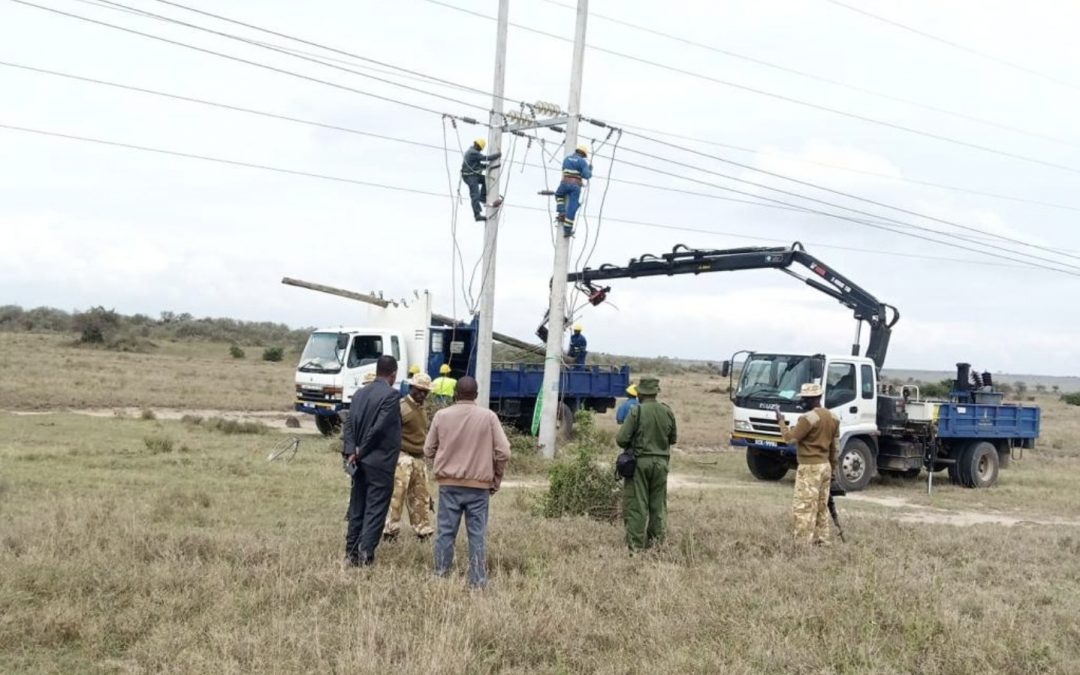 In a statement, Kenya Power said the team undertaking the exercise is led by the Nakuru County Business Manager and county maintenance and operations engineer, in partnership with the Kenya Wildlife Service and the conservancy. The exercise will also involve stakeholders and an audit of the entire infrastructure to make other rectifications that may be required.

According to Kenya Power Managing Director and CEO Bernard Ngugi, the power company regrets the electrocution of the three giraffes and will ensure the highest forms of safety in all its undertakings as it gleans lessons from the incident. Ngugi said the audit exercise will also be undertaken in other wildlife parks to ensure the company’s infrastructure do not pose further danger .

In a statement to the press, Kenya Wildlife Service said its representatives had visited the Soysambu  Conservancy following the death reports. KWS said the preliminary reports had indicated that the height of the electricity poles crossing the Conservancy are low, below a giraffe’s height.

KWS had indicated that Tourism Cabinet Secretary Najib Balala was engaging his Energy counterpart Charles Keter for a lasting solution.