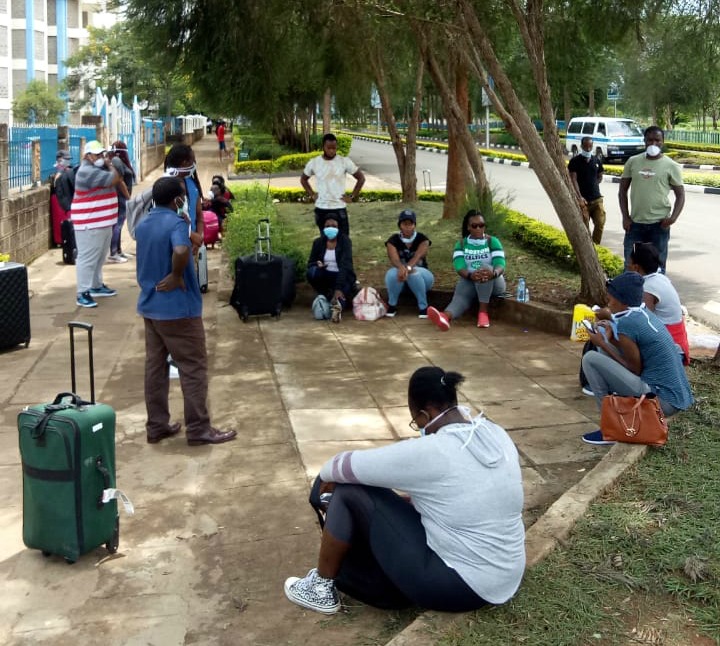 The High Court has ordered the State to refund money collected from people forced into Covid-19 mandatory quarantine centres. In a ruling, the court said the action was illegal

Reports say the victims were forced to pay between Ksh 30,000 and Ksh 45,000 for their “stay” in various quarantine centres including hotels. This had led to public uproar, with activist Okiya Omtata moving to court in April to challenge the move. He wanted the court to order the Government to refund in full the money each and every person who it quarantined and forced to pay for their upkeep.

He claimed that the Cabinet Secretary for Health Mutahi Kagwe had issued Legal Notice No. 46 of 3rd April 2020 and Legal Notice Nos. 50, 51, 52, and 53 of 6th April 2020 which were done without both public participation and parliamentary approval, being in violation of the constitution.

Omtatah in his petition also said that he was aggrieved that the Ministry of Health forced persons required to go into compulsory quarantine for public health protection to pay for their upkeep.

It was his argument that the law requires the State to foot their bills.

“There is no power under Section 27 for the government to require persons whom it believes are not accommodated in such a manner as is adequate to guard against the spread of the disease to meet some or any of the costs of providing the required adequate accommodation,” said Omtatah.

He further argued that Health Cabinet Secretary Mutahi Kagwe exceeded his powers to make regulations under Section 36 of the Public Health Act by purporting to create criminal offences and penalties.

Justice James Makau in his ruling today said that the decision by the government through ministry of Health to quarantine members of the public without an order of the magistrate and forcing them to pay is contrary to the Public Health Act and therefore unconstitutional.