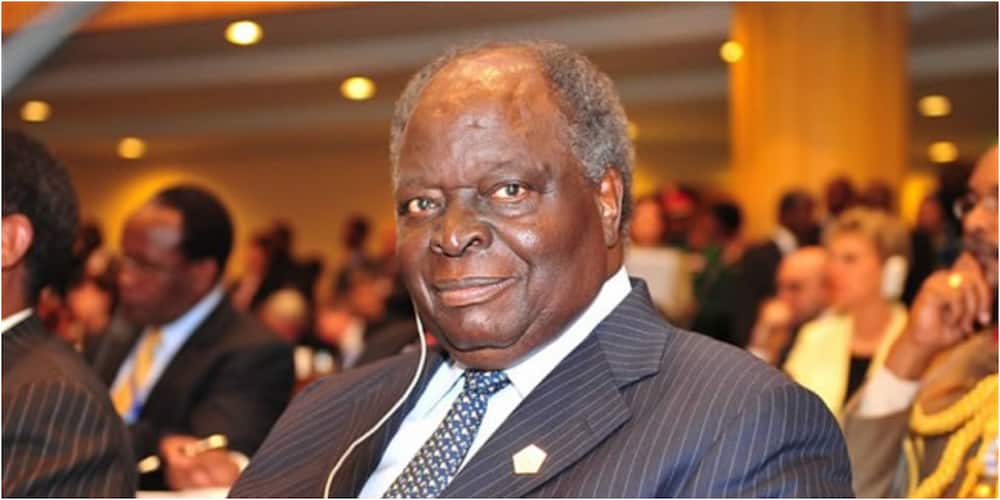 Flags in Kenya are being flown at half mast, following the announcement of the death of the country’s third president Emilio Mwai Kibaki.

President Uhuru Kenyatta broke the news of the death of his predecessor this morning as the country was stark in the middle of political campaigns ahead of the General Elections in four month’s time.

“We salute a notable father figure in the chronicles of our Nation. A leader who strove so hard and accomplished so much for his country. A Nation he so deeply cherished and served with commitment and an unbending will to improve the lives of our people., ” Pres. Uhuru said.

The President recalled Kibaki’s patriotic journey in service to the country, from his days as a university lecturer, a legislator, Member of parliament for five decades, a cabinet minister, a vice-president, official leader of the opposition and finally as the 3rd President of the Republic of Kenya.

” Emilio Mwai Kibaki was a quintessential patriot, whose legacy of civic responsibility will continue to inspire generations of Kenyans long into the future. We remember the values by which he lived, the ideals he embraced, his dignity,
his diligence, candor, and concern for the well-being of all Kenyans”, Pres. Uhuru reminisced.

“As a leading figure in Kenya’s post-independence history, Mwai Kibaki earned the abiding respect and affection of the people of this Nation and other nations throughout the world. President Kibaki will be forever remembered as the gentleman of Kenyan Politics, a brilliant debater; whose eloquence, wit, and charm won the day, time- and-time again. His contributions in the Ministry of Finance and as Vice President saw Kenya’s economy grow steadily, fueled by a commodities boom, and fiscal and monetary policies that were the backbone of his economic philosophy.’

In honor of the late president, Kenyan flags will now flay at half mast until the sunset of his day of interment. The former president will also be accorded a state funeral with full military honors and protocols observed.

Deputy President Dr. William Ruto, who was in a 4-day campaign tour of Western Kenya, announced that he had cancelled his tour, prompted by the death of Retired President Mwai Kibaki.

“We pay tribute to President Kibaki. A leader who distinguished himself with a great legacy that he has left behind,” Dr Ruto said as he broke the meeting for a moment of silence to mourn the country’s 3rd president.

“He has been a great inspiration to the Kenya Kwanza team especially on his focus to the economy,” he added.