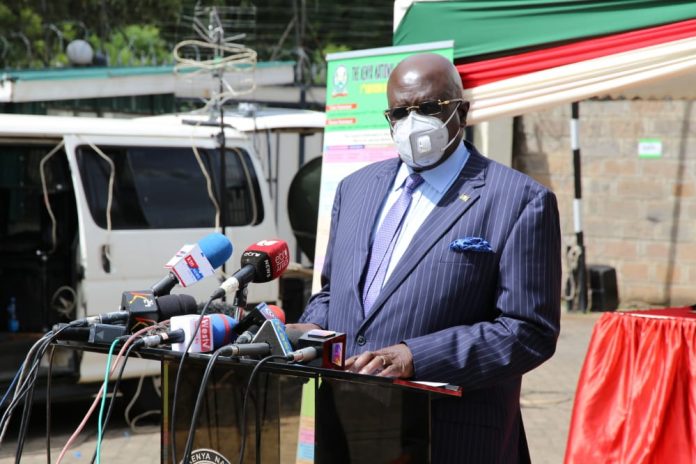 On most improved students, cs Magoha lauded Cheruiyot Dennis who scored 190 in the Kenya Certificate of Primary Education (KCPE) exams after he scored a B- in the final secondary school exams. Other students who recorded improved results include Maluti Tom who had scored 199 in the KCPE exams but attained a B- grade in form four national exams. He sat for his final secondary school exams at St. Teresa Bikeke Girls Secondary School, a sub-county level institution in Kitale. Kiptis Charity, who had scored 151 in her KCPE exams, attained a C+ grade in the just concluded KCSE exam. Sadera Senteiyo Shalvin from Oldekesi Secondary School in Narok had attained 168 in KCPE but got a B- in his KCSE exams.

Kaaga Girls High School in Meru County has posted impressive results in the Kenya Certificate Secondary Education (KSCE) 2020 examination topping the most improved school. According to Education Cabinet Secretary Prof. George Magoha, who announced the most improved schools, the schools admitted candidates with lower KCPE means scores but did a commendable job at improving their overall mean performance to inspiring levels. The schools include extra county, county and sub-county schools in the country. Kaaga Girls High School improved the KCSE index from 22.38% to 73.98% this year, St Joseph Girls Kitale came in second and improved from 21.22 to 71.57%. Kisasi Secondary School in Kitui county improved from 20.48 to 68.2%, Oriwo Boys which is also an extra county school improved from 31.07 to 78.92%.