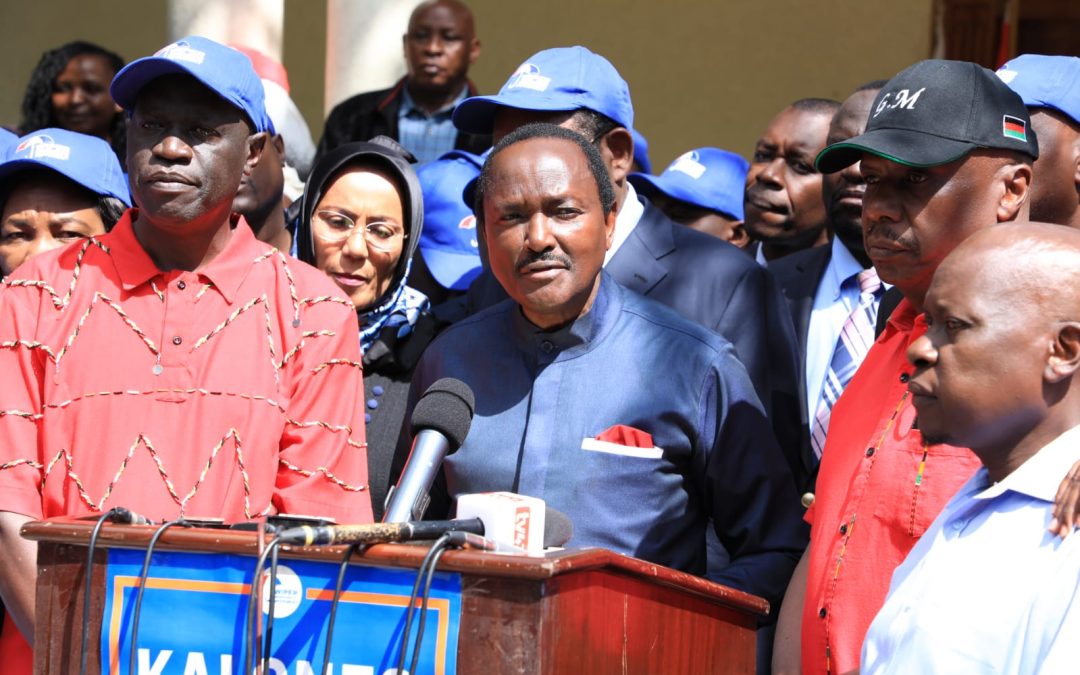 Making an announcement at the party Headquarters, flanked by various leaders from the Wiper party, Kalonzo thanked his supporters who had ensured he garnered more than 66,000 signatures for the presidential candidature, together with his nominated sunning mate Andrew Sunkuli.

“It is in this regard that I acknowledge the goodwill that I have received from the 66,000-plus Kenyans fromthe33counties who appended their signatures in support of my candidature. I will forever remain grateful to you”, Kalonzo stated.

“To my brother Hon. Gideon Moi, you have redefined the meaning and essence of brotherhood. You have been with me in the best of moments and the darkest of hours. You are a gentleman. Receive my heartfelt gratitude”, Kalonzo told Senator Moi.

The Wiper leader said he will now embark on campaigns together with the Azimio La Umoja One Kenya coalition to ensure the party wins at the August polls.

“I would also wish to congratulate the Hon. Martha Wangari Karua on her nomination as the deputy president nominee of the Azimio La Umoja One Kenya Coalition Party and I assure her of my unequivocal”, he said.

“Beginning today, I commit myself to the Azimio-OKA campaign activities because we are in this race to win” Kalonzo added.