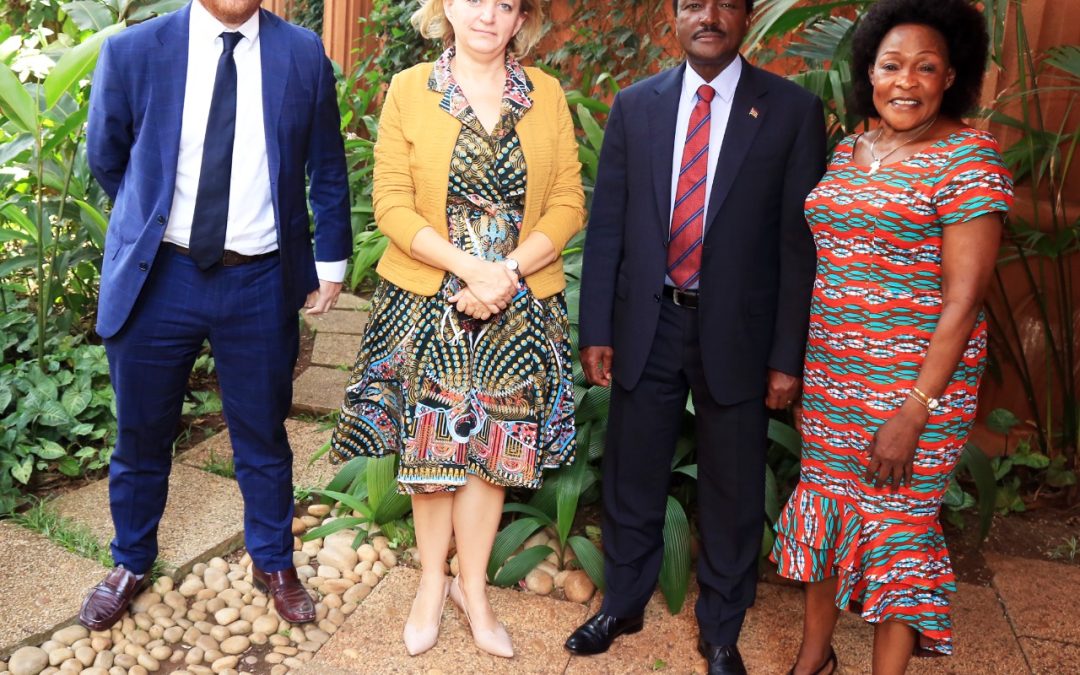 Wiper Democratic Movement Leader  Kalonzo Musyoka is in Kampala, Uganda for talks on the peace process in South Sudan.

The Wiper Leader who has been part of the peace process for the past two years met with the former Ugandan Special Envoy to South Sudan Ambassador Betty Bigombe and British High Commissioner to Uganda H.E Kate Airey at the Serena Hotel, Kampala.

The talks generally focused on the status of the security regime of the Revitalized -Agreement on the Resolutions of the Conflict in South Sudan and in particular the unification of the two armies. This has resulted in great delay of the peace process considering that the lifespan of the R-ARCSS is expected to lapse in less than a year.

“ My consultations with the two  envoys focused on the planned retreat in Uganda and which has now been postponed indefinitely. President Yoweri Museveni was supposed to convene the high-Level retreat bringing together President Salva Kiir and first Vice President Dr. Riak Machar.” Kalonzo said

Uganda which is one of the guarantors in the tripartite agreement between South Sudan, Uganda and Sudan has taken a lead role in hosting meetings aimed at bringing sustainable peace to South Sudan.

“We have reached a consensus that President Uhuru Kenyatta working closely with President Museveni needs to play a more proactive role including the need to revitalize IGAD itself “,Kalonzo concluded.