Jubilee and UDA parties jostle as Kiambaa by-election gets underway 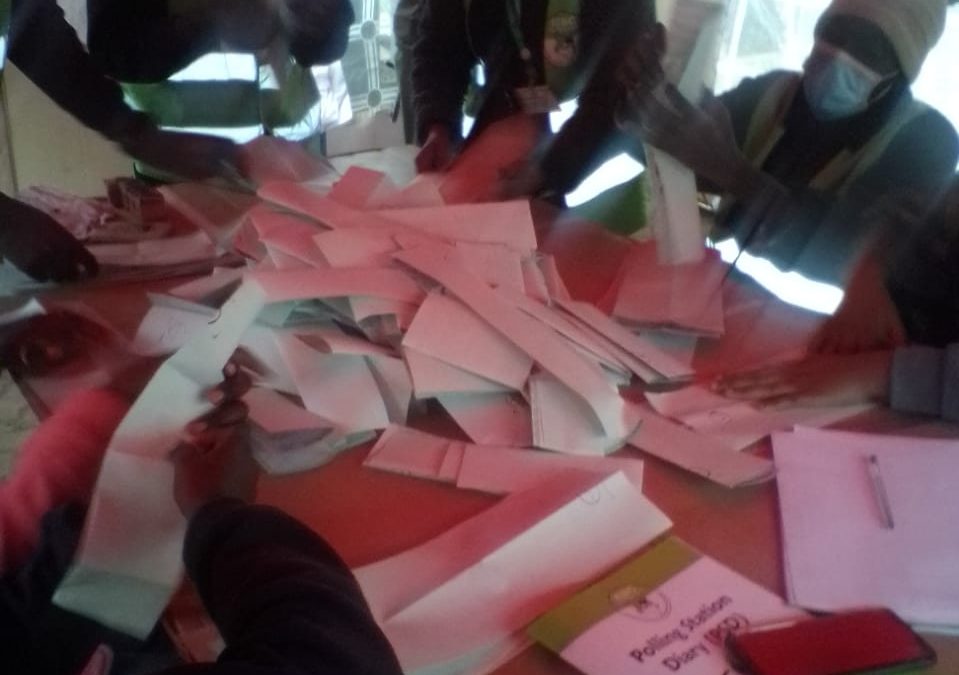 Vote counting is underway in the Kiambaa parliamentary and Muguga ward by-elections that kicked off this morning. Kiambaa constituency has 96,000 registered voters in 154 polling stations however saw relatively low voter turnout.

Remarking about the mini polls, IEBC chairman Wafula Chebukati took note of an incident in which one person was arrested while attempting to vote using another person’s identity card. Despite the incident, Chebukati expressed confidence in the  polls, claiming that the Kiambaa polls had the highest turnout in recent polls, at 20%.Chebukati accompanied by Kiambaa MNA Returning Officer Peter Muigai observe the electoral process at Karuri High School Polling Centre.

“Counting is underway in all polling stations in the two electoral areas. Upon counting, the PO will fill in form 35A for Member of National Assembly, 36A for Member of County Assembly and statement of rejected ballots where applicable,” the commission stated.

Chebukati assured that COVID 19 protocols were being observed during the exercise.

Jubilee candidate Kariri Njama and his UDA counterpart John Njuguna cast their votes in the election seeking to replace the late MP Paul Koinange who died in March.

Wanjiku voted at Thindibwa polling centre around midday, while Jubilee Party candidate Kariri Njama voted at Gachie Primary School. The Jubilee candidate indicated that the process had been smooth.