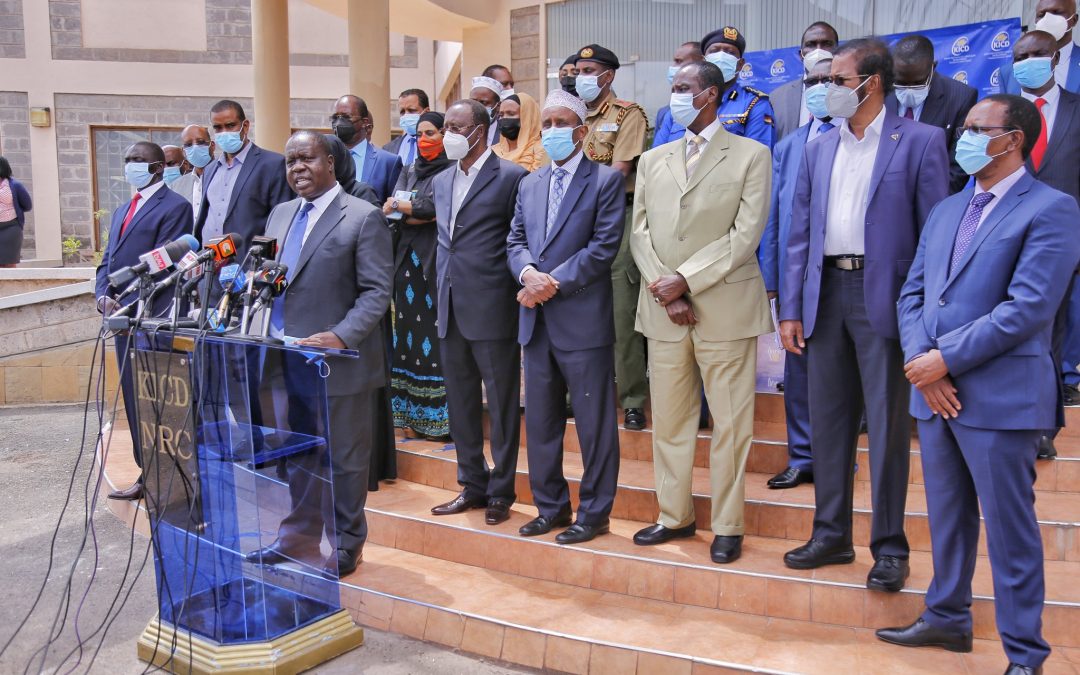 Two days after a senior GSU officer Tebakol Emadau was gunned down in Kapedo area,in Turkana County, Interior Cabinet Secretary Dr. Fred Matiang’i has affirmed that all those involved will face the full force of the law.

While addressing Northern Kenya leaders, Dr. Matiang’i said heavy security apparatus have been deployed in Kapedo area, to nab the killers who have turned the area into a conflict zone. He further said the attack on the the GSU Deputy Director of Operations was premeditated, adding that the conflicts in that part of the country are funded by local leaders.

“There is a culture in that part of our country which seeks to protect negative and criminal armament that disguises as cattle rustling but in actual fact, it is funded”, he said

“We will go for them no matter how long it will take us. Some people have done that, including leaders and I need to emphasize that”, Dr. Matiang’i added.

During the tour of the area, Dr. Matiangi visited the GSU camp to ascertain their security enhancement measures following recent attacks in the area. He called on local residents with information on the attacks to come forward warning that the operation to be carried out to weed out rogue elements will be intense.

Meanwhile, Dr.Matiangi who met with security officers from the Northern Kenya region said, conflicts often arise as the country approaches the General Elections. He assured the Governors of Wajir, Garissa and Isiolo that he will ensure security officers back the peace efforts in place.