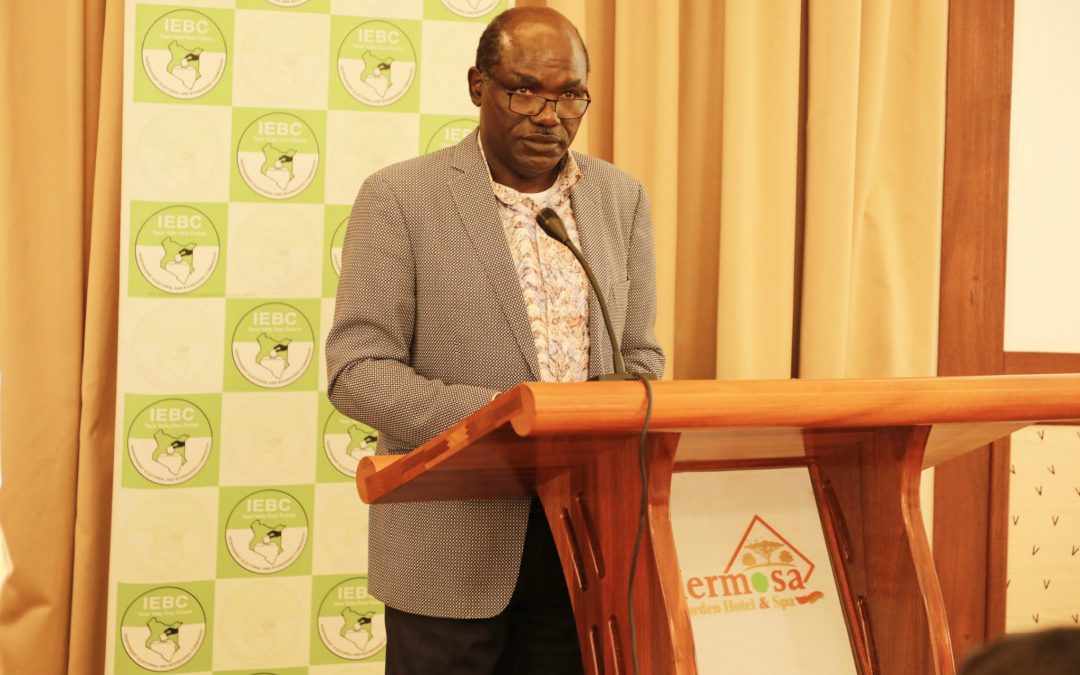 The Independent Electoral and Boundaries Commission IEBC has announced that it will begin rolling out a mass voter registration exercise targeting 6 million new voters on Monday, October 4, 2021.

Speaking at the meeting, Chebukati also reminded public officers that the law is clear that they should have resigned from public office 6 months to the General Elections. This puts the date for all resignations on the  9th of February 2022.

This even as the IEBC announced that it has expanded the timelines or political parties to conduct party primaries. The Commission has reviewed the gazzette notice on the Election Operation Plan (EOP) on January 19, 2022 as opposed to the earlier set March 14, 2022

The Commission has further said it will review the High court ruling by ensuring that all parties lists submitted comply with the Gender parity principle.

“Over 100 people have switched from one political party to vie as independent candidates, this has weakened the political parties. The Office of the Regstrar of Political Parties  (ORPP) urges to have all nomination done at the same time to limit the window for defection”, Chebukati added.

He called on Political Parties signatories to clear certificates to reduce number of disputes, as the commission may not have time and resources to verify the certificates presented before them by political parties.

The Registrar of Political Parties Ann Nderitu on her part, sought clarity on timelines for nomination by political parties. She pointed out that currently, there are 75 political parties that are full registered and 10  that have applied for registration. Another 22 have provisional certificate and processing to finish the registration process.

Meanwhile the IEBC boss said  the commission has  conducted  42 by-elections since 2017, and 3 more coming up, before the General Elections in 2022. Chebukati said  the commission is fully committed to curb electoral violence and will strictly enforce the code of conducts to penalize candidates and electoral parties who engage in such malpractices when the official campaign period kicks off.

Nderitu also informed the meeting of ORPP’s plan to on-board key services in management of political parties membership on E-citizen platform. This, she noted is meant to afford Kenyans a secure and easy way to self-administer enlisted services through own E-citizen accounts.

On his part, the Chairman of Political Parties Liaison Committee (PPLC) Chairman Evans Misati said political temperatures in the country are rising and candidates must be cautious of what they say.