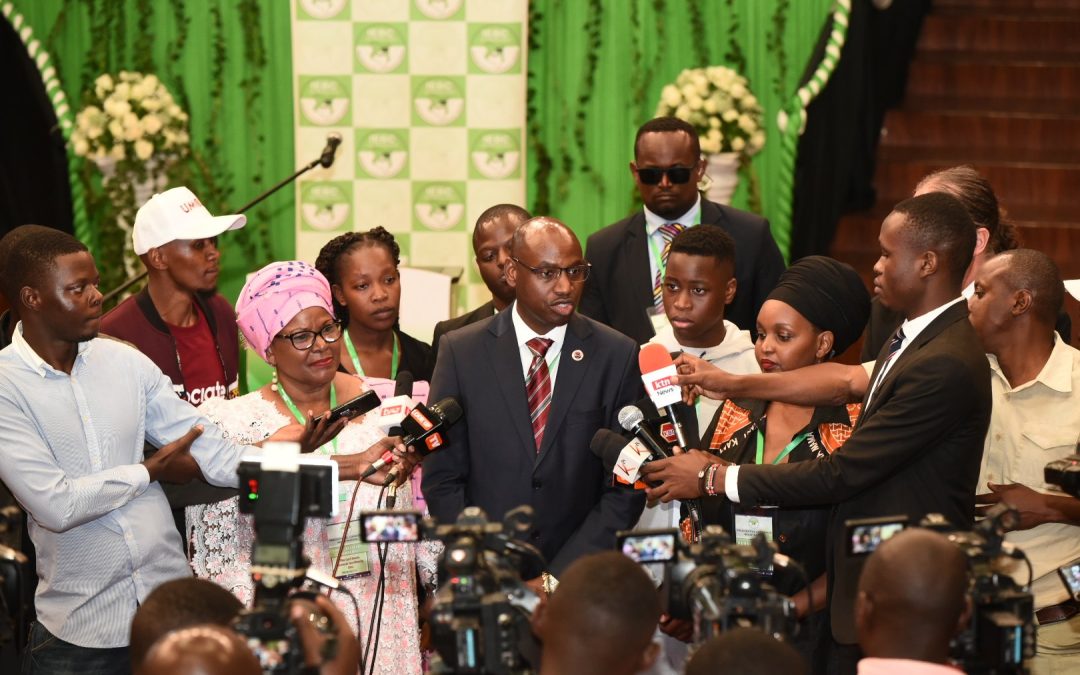 Comedian Walter Mong’are Nyambane has  becomes the first aspirant to get clearance to vie for the presidency during the August 9, 2022 General Elections.

Today marked the second day of the process of registering candidates for the 9th August General Election, in an exercise that IEBC was conducting at the Bomas of Kenya, in Nairobi

The Commission gave Mongáre the green light after he  successfully submitted the requisite 2,000 signatures per county in at least 24 counties.

While issuing him with a nomination certificate, IEBC chairman Wafula Chebukati said Mongáre’s documents have met all the requirements to vie for the presidency.

Mongáre  will be seeing the presidency under the Umoja Summit party.

The Commission rejected the nomination of Roots Party leader George  Luchiri Wajackoyah as a presidential candidate citing inadequate supporters list pointing out that the aspirant had complied in only 17 counties and needs 7 more.

IEBC Chairman, M Wafula Chebukati has rejected Prof. Wajackoyah’s application for clearance as a Presidential candidate for failing to raise the requisite 2,000 signatures per county in at least 24 counties. Prof. Wajackoyah has until 2nd June at 3 p.m. to meet that requirement”, the commission stated.

Earlier on, Mwangi wa Iria ,  who is also seeking the presidency, accused the electoral commission of omitting him from the list of  national presidential register . Wa Iria who was accompanied by his supporters blocked the entrance leading to the Bomas Of Kenya, demanding audience with the IEBC.

Wa Iria said the commission also used unofficial channels to communicate with him.

“What is surprising is that the names which had been omitted there before, have only now been put on the register today. I only learned through social media! If I am not on the list, then the elections will not take place!”, Wa Iria thundered.

Änother aspirant who was turned away was Independent  presidential hopeful Reuben Kigame.

Kigame who has now threatened s to seek legal redress, said he had been locked out of the race by IEBC in an email sent to him on Sunday by the commission, notifying him that he had failed to meet the requirements.

Kigame says efforts to seek audience with the commission have bore no fruit.

The Electoral Commission has  however directed the aggrieved aspirants to present their complains before the 8th of June, 2022 for consideration.

“As governed by the provisions of Section 74 of the Elections Act and the Rules of Procedure for Settlement of Disputes 2012, the public is informed that subsequent to the registration of candidates for election, aggrieved persons seeking to lodge complaints can download the Complaint Forms from the Commission’s website or collect them from Anniversary Towers, 7th Floor – Legal Registry from 29th May 2022 to 8th June 2022,” IEBC advised  in a statement.