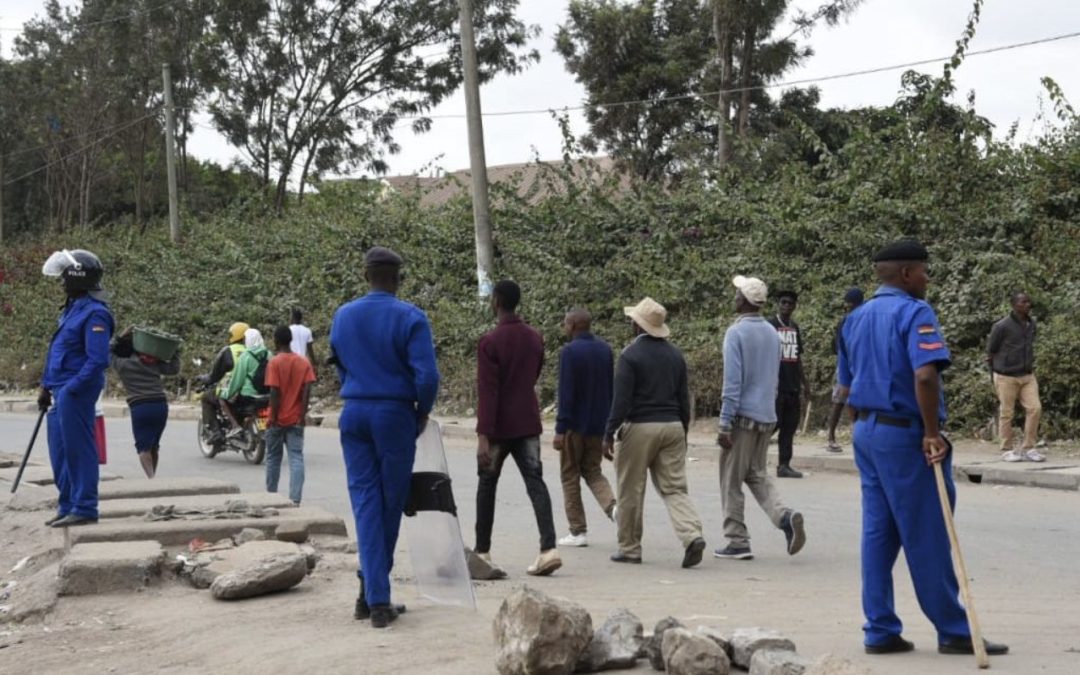 The independent electoral and boundary commission IEBC has, today, condemned the campaigned-related violence witnessed yesterday at the Jacaranda grounds.

This comes a day after jacaranda grounds in Embakasi East constituency in Nairobi, became the  a talk of the day following a collision of events between the Kenya kwanza team and the Azimio team after they both claimed to have booked the ground prior to the day.

After both teams came into head on, violence commotions emerged and later transitioning to violence until the intervention of the police who were placed at the grounds earlier.

The police later managed to disperse the mass after, Embakasi East Member of Parliament aspirant Babu Owino cancelled the Azimio meeting. The violence resulted to injuries and destruction of properties including the UDA’s presidential aspirant William Ruto’s motorcade being stoned.

The ugly scene sparked lots of reactions on social media, media reflecting the situation with what it might be on the period the coming general election on 9th of august this year.

The IEBC, in a press statement, condemned the act by reminding the candidates, political parties, supporters of candidates, the government and all Kenyans in general that they have a duty to adhere to the electoral code of conduct and to shun violence, intimidation and reprisals that may compromise the conduct of free, fair and peaceful election.

The commission also called on the office of the deputy of public prosecutions to launch an investigation on the scene and hold responsible the inciters of the violence.

The commission said it was not able to conduct the investigation after the High Court declared the Electoral Code of Conduct Enforcement Committee unconstitutional, thereby withdrawing from the Commission the constitutional and statutory power to enforce the said Code.

Separately, the United Democratic Alliance (UDA) party has called for the summoning of  the Inspector General of Police Hillary Mutyambai, and Embakasi East MP Babu Owino  over the Sunday chaos at the Jacaranda grounds.