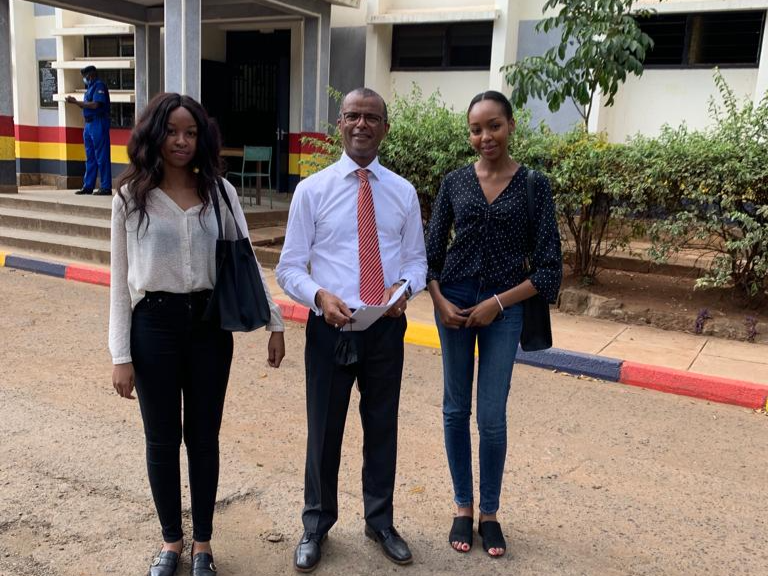 The State has been temporarily barred from preferring criminal charges against Murgor sisters at the Kibera Law courts pending hearing of a case challenging their prosecution.
The sisters-Cheryll and Stephanie Murgor were set to face charges for affray and assault three people on Wednesday, March 23,2022.
In a ruling delivered by High court Judge Antony Mrima issued conservatory orders staying the prosecution of the two sisters at the magistrate court.
“Pending hearing and determination, inter partes, of this application, an order is issued staying the criminal proceedings against the Petitioners herein in the Magistrate’s Court Criminal Case No. E388 of 2022, Republic –vs– Cheryll Chelimo Murgor, Munyra Hassan Mohammed, Samuel Dennis Ramdas and Patrick Kipngetich Koech,’ ordered Mrima.
This is after the two sisters through their uncle lawyer Philip Murgor moved to court seeking orders to bar the DPP from prosecuting the two.
On March 11,2022 Kibera court issued summons against the Murgor sisters to take plea in a dramatic confrontation incident with Ndichu brothers namely Paul and Eddy who are facing assault charges.
A charge presented in court indicates that Cheryl and Stephanie Murgor  are to be charged with affray contrary to Section 92 of the Penal Code for fighting each other at the reception of Emara Ole Sereni hotel which is a public place.
The incident took place on October 16, 2021.
According to court documents filed in court, the two sisters argued that the intention to prosecute them is a contravention of his fundamental rights to a fair trial, fair administrative action and amounts to an abuse of the legal process.
“The illegal and unconstitutional actions by the DPP Noordin Haji amounts to an act of corruption and abuse of office, as it is not supported by sufficient evidence or at all,” reads the court papers.
Murgor says that on the night of  October 16 and 17, 2021, the two sisters  were brutally assaulted by the twin Ndichu brother and Munyra Hassan Mohammed in one of the most notorious and clear cut cases of Sexual and Gender Based Violence (SGBV) in Kenya in the recent times, which was fully captured on CCTV.
Murgor urged the Judge to intervene in the matter arguing that the two sisters risked being charged in a criminal court.