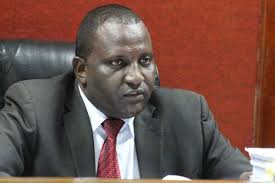 The High court has halted the implementation of Chief Justice David Maraga’s Advisory on the dissolution of parliament, pending inter-parties hearing and determination of a petition.

This comes after two petitioners moved to court to challenge Maraga’s advisory to dissolve parliament for failing to meet the two-thirds gender rule. Justice Weldon Korir while issuing the conservatory orders, said that the case filed by Leina Konchella and Mohsen Abdul is extremely urgent and raises weighty constitutional issues.

“It is therefore clear that failure to issue orders will highly prejudice the applicants,” reads court papers.

The petitioners want the advisory quashed terming it “unreasonable, irrational and irresponsible” while questioning its implementation. The duo says the two-thirds gender rule can only be implemented through extensive amendments to the Constitution.

The judge ordered a three judge bench assigned by the Chief Justice to hear the matter set be mentioned on October 7.Parties in the case were also ordered to file their submissions by Monday.

“It is also important to observe that it is in the public interest not to subject the country to parliamentary elections before exhaustively interrogating the constitutionality of the decision of the chief justice. The public interest therefore supports the issuance of conservatory orders,” reads the order.

The ruling came barely hours after the Law society of Kenya (LSK) threatened to mobilize Kenyans to occupy parliament on the 12th October if the president failed to dissolve it.

LSK had written to the National Treasury to withhold MPs’ salaries and asked the ministry of interior to withdraw police officers assigned to parliamentarians from the 12th of October.