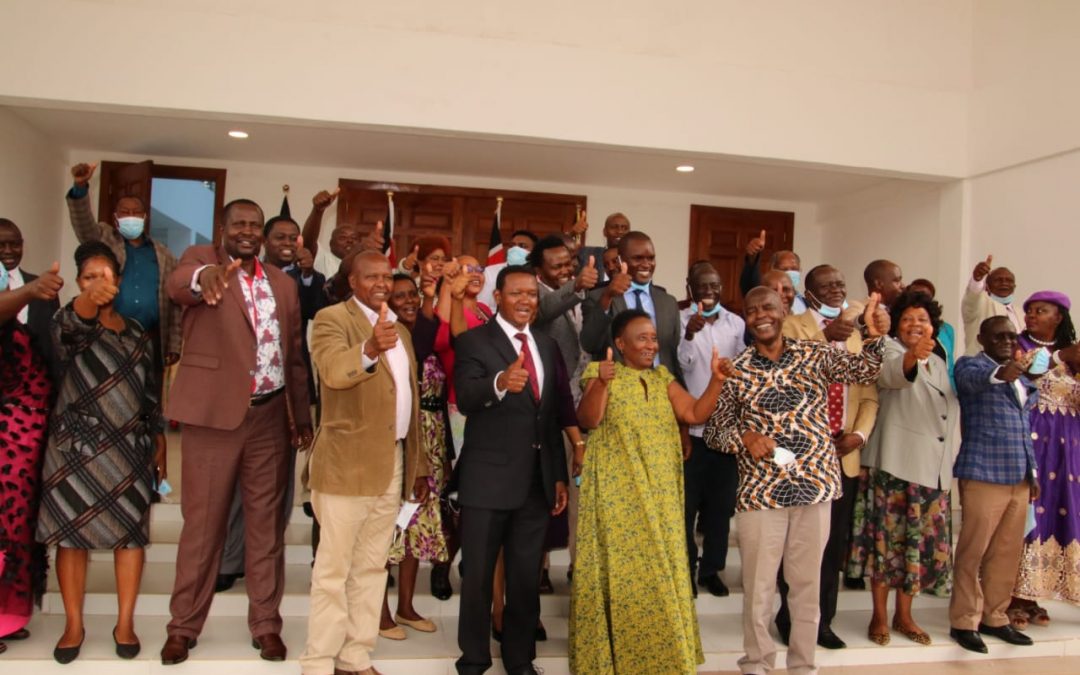 s SEKEB, the welfare of the people of Ukambani remain our priority. We are convinced that the voice of the people is BEST heard through the elected leaders chosen by the people.Machakos Governor Dr. Alfred Mutua and his Makueni counterpart Professor Kivutha Kibwana have endorsed the BBI Bill.The two have promised that MCAs allied to them will pass the Bill tomorrow morning when it comes up for voting in their respective Assemblies.

Speaking after meeting more than 40 MCAs drawn from both Machakos and Makueni county Assemblies, Dr.Mutua and Prof.Kibwana said the decision to endorse the Bill stems from the fact that it increases devolved funds to 30 percent and also creates funds for Ward development.

“Wananchi feel that the clause on the 35% county revenue allocation and the Ward Development Fund will bring in the much needed money to the grassroots, ” Dr. Mutua said.

“I have listened to the voice of the people in the just concluded BBI Public Participation forums. Wananchi said the 15 percent revenue allocation to counties had greatly transformed rural economies. In that regard, I wish to respect the will of the people and  ask MCAs 2 do the same”, Prof. Kibwana said

While explaining his change of tact, Prof. Kibwana explained on his Twitter page , “We did a public participation as county executive and fed the results to the county assembly who did theirs as the body mandated to pass or reject BBI bill. The majority approved BBI. I explained that was contra my personal position,but I was bound by the majority”

On his part, the Machakos Governor said, “We urge other leaders looking to milk the BBI process for their own selfish gains at the expense of our people to desist and choose to work together with all leaders for the common purpose of empowering our community. ”

“It is important to state that this decision to pass the BBI, is not coerced or influenced by any individual but a decision based on feedback from interaction and public participation with wananchi,” Dr. Mutua stressed.

He added, “We therefore believe that the push for the BBI cannot be through individuals but rather through elected leaders in the community. They are the voice of the people.”

The leaders said they had consulted with Kitui Governor Charity Ngilu and they had all agreed as leadership of the South Eastern Kenya Economic Bloc (SEKEB) that they will pass the Bill so as to increase grassroot development.

“As SEKEB, the welfare of the people of Ukambani remain our priority. We are convinced that the voice of the people is BEST heard through the elected leaders chosen by the people, ” Dr. Mutua stated.