GOVERNMENT IN TALKS WITH MEDICS TO AVERT LOOMING STRIKE 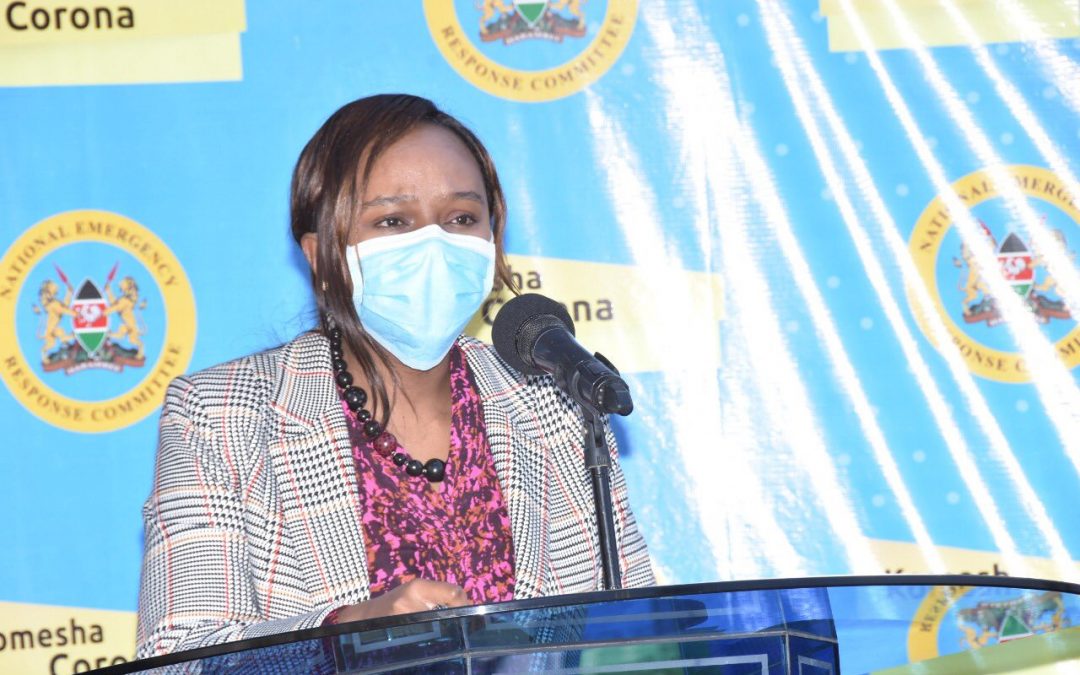 The government is in talks with health workers to look for a way out before they go on strike come Monday, Health Chief Administrative Secretary (CAS) Dr. Mercy Mwangangi has said .

Speaking on Thursday during an update on the Covid 19 situation, Dr. Mwangangi said the ministry is alive and is in discussion with health care worker groups as to how the strike can be averted.

“Let me reiterate by saying health care workers are the heartbeat of this response and so we are in negotiations and discussions with them to evaluate their concerns and to be able to come to a middle ground where we can actually move forward”, she said.

Health workers through their union have threatened to down their tools beginning Monday next week if government does not intervene on their welfare and protection from Covid 19.

Dr. Mwangangi in her briefing said porous borders have become the latest high risk areas in the transmission of the Covid disease and the areas around are among the key areas of focus.

The government, she said, is assessing the situation and recommends interventions, particularly for truck drivers who are now becoming the other weak link in the fight against the virus.

“Kenyans have been voicing their concerns regarding these emerging trends, at our borders and their porosity. I wish to inform you that, as members of the East African Community, we have been in constant discussion with our counterparts on how best this matter can be handled for the safety and well-being of our people”, she assured .

The CAS noted that the National Emergency Response Committee is monitoring the situation closely and would not hesitate to take any measures as the situation dictates.

Due to the nature of human interaction, it is not possible keep the virus from crossing the borders and no country has been able to achieve this, Dr. Mwangangi said and thanked the surveillance teams and health care workers who have come forth to combat the virus within the communities as well as identifying the high risk areas.

“I urge all Kenyans to remain calm and exercise patience as the Government addresses the panya routes being used get into our country”, she said

The CAS also appealed to communities living within and around our border Counties, to actively exercise Nyumba Kumi community policing, be vigilant and report any suspicious individuals.

As pertains to Covid 19- Pandemic, the CAS said that out of the tested 1,486 samples in the last 24 hours, 21 people have tested positive bringing the total number in the country to 758.

Out of the same samples, the CAS added that 8 individuals who are truck drivers from Tanzania also tested positive and were referred back to Tanzania. Seven were at the Namanga Border and one at the Isebania Border.

“The 21 Kenyan cases are distributed as follows, 12 cases are from Mombasa, 4 from Kajiado, 4 from Nairobi and 1 from Uasin Gishu”, she said

The distribution of the positive cases in Mombasa are as follows; 5 cases from Likoni , 4 cases from Mvita, 2 cases from Jomvu and 1 case from Nyali.

In Kajiado, 3 are from Namanga Border Point, and 1 from Loitoktok while in Nairobi 4 cases are distributed between Eastleigh which has 2, and Kibra also 2. Uasin Gishu’s 1 case is from Turbo.

The government has also discharged 3 people from hospital bringing a total of 284 recoveries from Covid -19 . Two patients, both from Nairobi County have also lost their lives bringing the total number of those who have succumbed to the disease to 42.

Health Ag. Director General Dr. Patrick Amoth said that the Covid 19 virus is likely to be endemic going forward and therefore the country will have to adapt our lives with the virus in consideration by continuing with simple measures that have been put in place.

On the issue of lifting of restrictions that are in place , the DG said this will have to be gradual , based on science and information received from colleagues who have been doing modelling.

“ we want to avert the upsurge of this disease , and to do that we will have to be able to study and make proper decisions moving forward”, he said