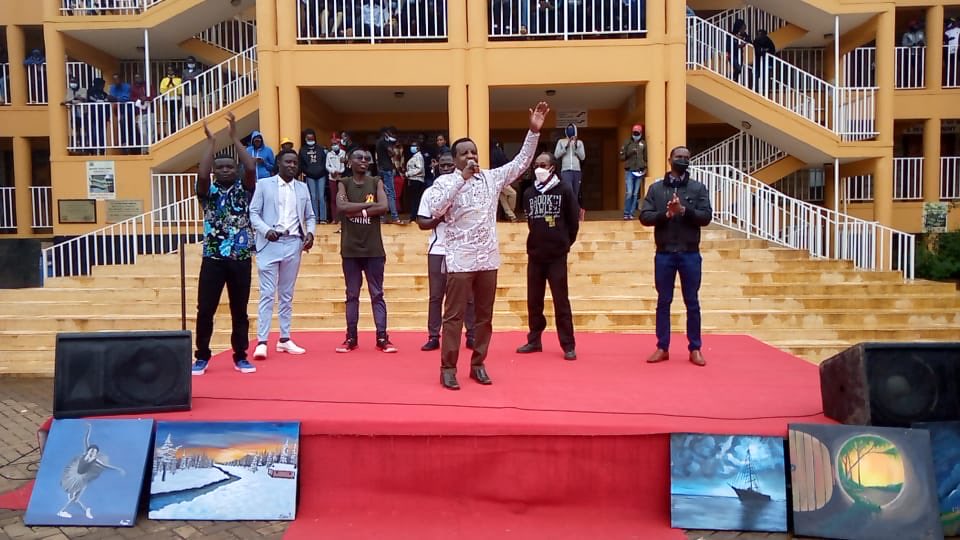 2022 presidential aspirant Reuben Kigame has promised to eradicate corruption in the country if elected president in the upcoming polls.

Kigame, who is a Christian Apologist and a veteran gospel musician says because he is visually impaired, he will not be tempted to acquired more wealth as other politicians do through lust of the eyes.

Speaking during a meet-the-people tour in various estates within Eldoret town, Kigame said his priority as the head of state will be to ensure Kenyans get value for the taxes they pay.

“Kenya and many countries in Africa celebrate greed and idolize thieves. During campaign periods such as this one, we castigate politicians for looting the economy but cheer them as they lie to us and dine with them. It is time to rebuild Kenya”, Kigame said.

He noted that out of those that have expressed interest for the top seat, he is the only one capable of addressing the graft challenge, since they have been part of past corrupt regimes.

On the question of corruption in Kenya, I would like to see something done not just in government but also the private sector, business world and even the church. True healing will come only if we own up that most of our consciences are dead” , he said

The musician who will be vying for the presidency on a Federal Party of Kenya ticket was joined by bodaboda operators that took him to Kapsoya, Kenya Service, KCC, Kao la Amani, and Sukunanga estates among others.

He also challenged Kenyans not to fall into the traps of politicians who go round the country dishing out handouts.

Besides being a successful blind gospel artist  with 29 albums,  Kigame is a graduate trained teacher from Kenyatta University, and a trained journalist with a Masters degree. He is currently completing his PhD.  and is a successful business man.