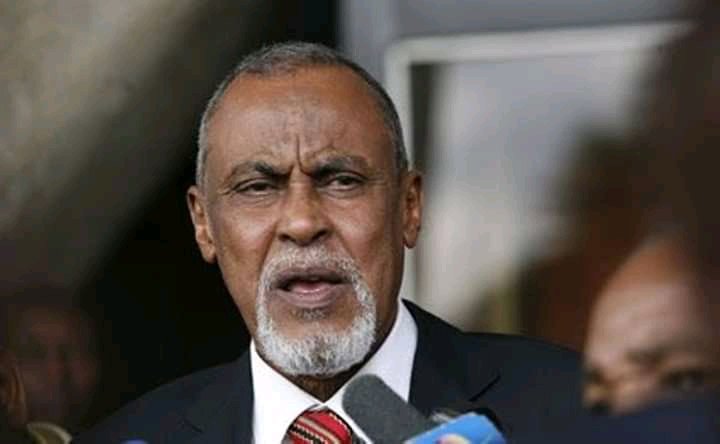 Garissa Senator  who  is also the  Chairman of the Building Bridges Initiative (BBI) Taskforce Mohamed Yusuf Haji is dead.

Senator Hajji passed away while undergoing treatment at Aga Khan University Hospital (AKUH). He was aged aged 80 years. Haji is set to be buried today at 4 pm at the Langata cemetery, in accordance with Islamic rites.

In his message of condolence,President Uhuru Kenyatta has sent a message of comfort to the family, acquaintances and residents of Garissa County following the death of their Senator .

The President eulogized the veteran politician,as a dependable Kenyan leader and patriot. He  said the death of Senator Haji was a big blow to the country especially in the BBI constitutional reform process where his leadership shall be dearly missed.

In his message, Deputy President William Samoei Ruto said the country has lost a devoted and indefatigable administrator who was cause-driven. He added that Senator Mohamed Yusuf Haji was a gifted politician, modest yet strategic schemer with ground-breaking mediation skills.

He described Senator Hajji as  selfless, progressive, dependable and a committed champion for a more united and inclusive Kenya. Dr. Ruto said Hajji  will be fondly remembered as a leader who robustly upheld and reinforced the reputation and integrity of public service.

Opposition Leader Raila Odinga in his message said  in the passing of Senator Yusuf Hajji, Kenya has lost a dedicated patriot and a humble servant. He said Kenya  can only thank him for the years of his life that he gave in service of the country, his last great public passion being the Building Bridges Initiative.

Hajji once served as MP for Ijara constituency, and is  the longest serving Rift Valley Provincial Commissioner in the previous governments.