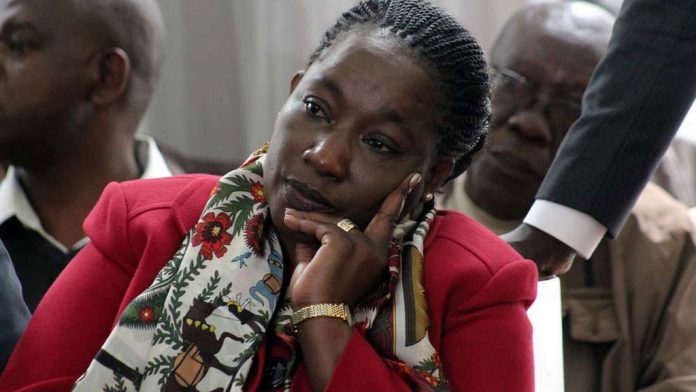 The Employment and Labour court has ruled that the removal of former Youth and Gender Principal Secretary Lillian Omollo from the government’s payroll in 2018, was unconstitutional.

Justice Stephen Radido in his ruling said the former PS’s rights to due process were breached and ordered the government to pay her KSh1 as nominal compensation.

Nominal damages normally refer to a ‘small sum of money awarded as damages to someone who has suffered a legal wrong but no actual financial loss’.

“The petitioner was not subjected to due process, nor was she given reasons for the removal from office under the hand of the President. She was ingeniously notified that her tenure had ended because a replacement had been appointed,” the judge said.

In the ruling, the judge pointed out that civil servants have a legitimate expectation that being public officers, due process as envisaged under Article 236 of the Constitution would be observed in the process of their removal from office.

Justice Radido however, said that because Omollo, who is currently battling corruption charges, was found to have unexplained wealth, the amount awarded was adequate compensation for the violation of her rights.

Omollo had been appointed PS for Public Service and Youth in December 2015. In 2018, when she was charged with corruption among other offences, she was notified of her suspension on half-salary pending the finalization of the criminal charges.

In May this year, the Public Service Cabinet Secretary wrote to her that her appointment had lapsed with the employment of a new Gender PS. She moved to court, seeking among other orders, that the revocation of her appointment be ruled unconstitutional.

Omollo also sought service gratuity at the rate of 31 per cent of the basic remuneration package for the term served and restoration of all her withheld salary and allowances for the years under suspension.