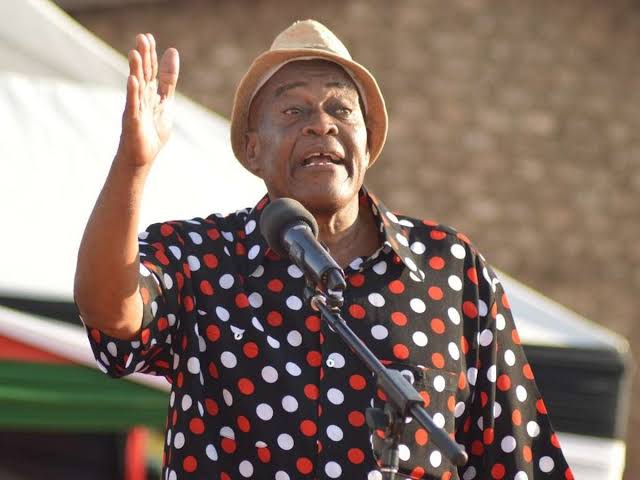 President Uhuru Kenyatta has sent a message of condolence to the family, friends and relatives of former Likoni MP Masoud Mwahima who passed away Monday night.

In his message, the President remembered Mwahima as an elder statesman, witty leader and astute grassroots mobiliser who leaves behind a huge legacy of development.

“Mzee Mwahima was an approachable, witty and, visionary elder and leader who offered wise counsel and outstanding service to the people of Mombasa especially his Likoni Constituency for decades.

“As a politician, Mzee Mwahima was a strong champion for community development projects, a trait that enabled him to rise through Mombasa politics having served as a Councilor, Mayor of Mombasa and MP for Likoni Constituency for two terms,” the President eulogised.

Mwahima, 78, served as Deputy Mayor and later as Mayor of Mombasa from 1999 to 2002 before being elected Likoni MP in 2007, a position he served for two terms. Previously he was Councilor for Shika Adabu ward and Likoni KANU branch Chairman.

The President wished the family of the Mwahima and the people of Likoni God’s comfort as they come to terms with the passing away of their patriarch and long-serving leader.

Several leaders from the coastal region also condoled with Former Likoni legislator Masoud Mwahima’s family who .Mombasa Governor Hassan Joho mourned Mzee Mwahima as a “prominent leader and elder” adding that he was “a pillar of strength and always stood firm in defence of the people of Likoni and Mombasa at large.”

On her side, the Likoni MP, Mishi Mboko said Mwahima was a great leader who represented the people of Likoni well during his tenure.

According to his son, Juma Mwahima, the deceased succumbed to asthma complications at his home in Vyemani, Mombasa County, last evening. The former MP is being laid to rest this evening in accordance with Muslim traditions.