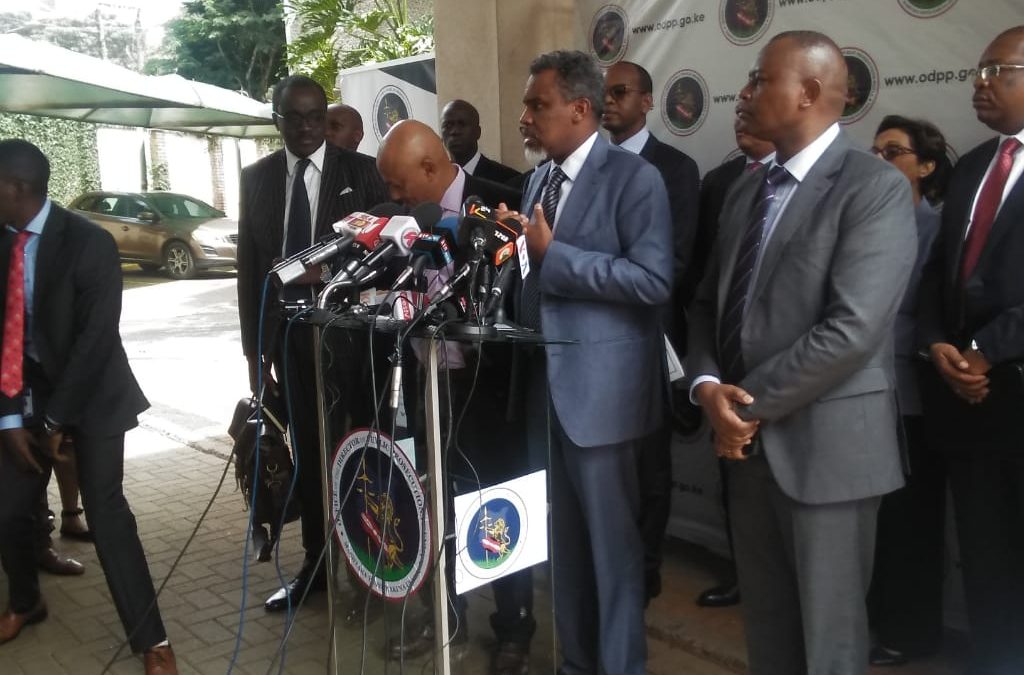 Five banks have enter a Deferred Prosecution Agreement with the Director of Public Prosecutions DPP, that will see each one of them pay Sh385 million for their involvement in the NYS-2 saga.

The Kenya Commercial Bank, Equity Bank, the Cooperative Bank of Kenya, Standard Chartered Bank and Diamond Trust Bank will return back to relevant Ministries a total of Ksh385 million as penalties for their respective violation of the various provisions of the proceeds of Crime and Anti-money Laundering Act (POCAMLA).

Those involved in the second NYS scam were said to be senior government officials who colluded with other people to steal the money from the NYS coffers, some using proxies to register companies that were used to siphon millions of shillings.

While making the announcement flanked by the Directorate of Criminal Investigations George Kinoti and EACC Chief Executive Officer Twalib Mbarak, the Director of Public Prosecutions (DPP) Noordin Haji, said his office conducted investigations with regard to criminal culpability and forwarded the resultant investigation files relating to the mentioned banks to his office.

Haji clarified that the banks were not involved in the looting in any way, but only failed to report suspicious transactions to the relevant authorities.

He said the agreement to return the monies through Deferred Prosecution Agreement with the banks was reached accordingly to avoid prosecution for a corporate offence.

The Director of Public Prosecutions Noordin Haji has dismissed claims of a fallout between him and the Directorate of Criminal Investigations boss George Kinoti.

While addressing the press at his offices in Nairobi, Haji termed claims of a supposed fall out between the two of them a fabricated story.

Speculations of possible bad blood between the two started on Wednesday following the arrest and prosecution of Kenya Ports Authority Managing Director Daniel Manduku, and KRA Commissioner Kevin Safari who were set free by the senior principal magistrate Kennedy Cheruiyot, after it was established that there was no charge sheet registered in their names.