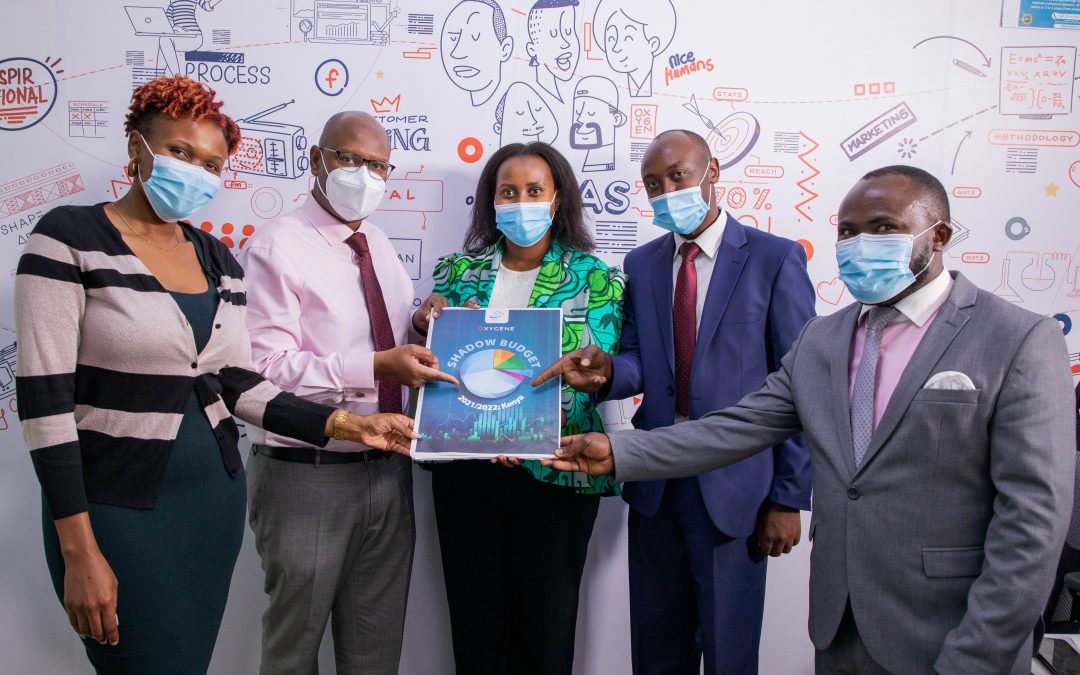 A shadow National Budget published by a local public affairs and policy analysis consortium has called for the urgent adoption of a predictable tax regime to foster economic growth and mitigate a looming external debt default situation.

The Shadow Budget, dubbed “Road to Recovery” and released by the Institute of Public Finance–Kenya in conjunction with Oxygène Marketing Communications ahead of the June reading of the national budget speech, indicates the need for urgent economic and fiscal management recovery strategies to avert a financial crisis.

The Shadow Budget 2021 proposes freezing all new projects during the recovery year while rescheduling debt repayments to free more money to finance development and recurrent expenditures. Research details confirm that the national Debt repayment rate (Principal and interest) is expected to reach Ksh. 1.023 trillion by the end of FY 2021/22, representing about 60% of the taxes collected.

Speaking at the launch of the Shadow Budget, the Institute of Public Finance–Kenya Chief Executive officer Mr James Muraguri said the country had breached all three public debt sustainability thresholds for overall debt and two out of four in external debt. Such breaches, he said, places the country on a sloppy path that necessitates the adoption of recovery plans and calls for the urgent operationalization of a robust Debt management policy spearheaded by an independent debt management directorate.

Oxygène Marketing Communication Head of Public Policy & Regulatory Affairs Ms Magdalene Kariuki said: “Through the analysis provided in the Shadow Budget, it is hoped that a more conscientious approach would be adopted in engagement between state and non-state actors in the joint review and debate over national fiscal policy.”

“The 2021/22 Shadow Budget for Kenya is the first of a kind and has been prepared against a background of declining engagement between the state and non-state actors in the budget process, reduced access to budget information particularly on public debt contracting and service repayments and public procurement of goods and services,” Muraguri said.

He further noted that: “The International Monetary Fund (IMF) has downgraded Kenya’s debt carrying capacity from strong to medium signalling increased liquidity risks due to the government spending a larger share of the country’s taxes on debt repayment at the expense of provision of critical services such health care, education, electricity, agriculture, cash transfers to the people with disabilities, the elderly. The tax to GDP ratio has been falling in recent years, meaning Kenya is becoming increasingly reliant on debt.”

The Shadow Budget report indicates that the actual fiscal deficit, including grants, has averaged 8.0 % in FY 2016/17 to FY 2019/20 compared to an average target of 7.0 % during the same period.  This, Muraguri said, points to the inability of the National Treasury to realistically forecast future revenues and fiscal deficits, implying that the decisions in the overall budget are not fully guided by reality but rather by the need to indicate a favourable budgetary position.

Considering the adverse effects of Covid 19, the Shadow Budget notes that the National Treasury ordinary revenue collection target of KSh. 1.78 trillion in FY 2021/22, which is higher compared to Ksh. 1.57 trillion collected in FY 2019/20 and 1.59 anticipated in FY2020/21 is overly ambitious. Pre-COVID-19 historical trends reveal gaps in how the government sets its projections and collects this revenue while also showing declining tax-to-GDP ratios.

While observing that the proposed revenue target set for FY 2021/22 is 10% higher than last year and appears unrealistic based on the medium-term historical performance of revenue, the Shadow Budget report suggests that more realistic revenue projections are required. Proposes the report: “The government should maintain its total revenue projections at KSH 1.8 trillion as contained in the FY 2020/21 revised budget. Further, there should be revenue reforms for a more practical method of projecting revenues to avoid the persistent fiscal deficits.”

The executive budget is set to increase by 145 billion or 5 % to 3 trillion in FY 2021/22 compared to 2.85 trillion in FY 2020/21 amid increasing debt repayments and declining revenue performance. This will most likely result in further widening of the fiscal balance and more accumulation of the public debt stock.

The equitable share to the counties in FY2021/22 is projected to increase at KSH. 370 billion after having stagnated at 316.5 billion in 2019/20 and 2020/21. Conversion of conditional grants to equitable share does not have any effect on more resources to the counties. Ms. Kariuki noted the potential influence that the changing political landscape was having in the making of such decisions in comparison to the impact that it would have on the average tax payer.

The National Treasury proposes to contract the fiscal deficit by KSH 36 billion to KSH 930 billion in 2021/22 compared with KSH 966 billion in 2020/21 to be financed up to 70% from the domestic sources and the balance from the external sources.