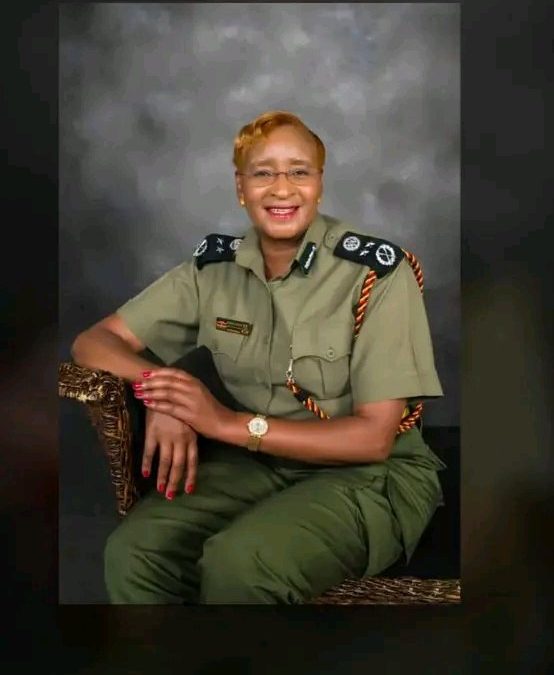 In a statement, the Commissioner General of Police, Brigadier John Warioba said that Kireri passed on after a short illness, while receiving treatment at AAR Hospital.

The Kenya Prisons Service  eulogized Kireri as a gallant, dedicated, selfless and committed officer whose illustrious career saw her serve in the service in various capacities.

Kireri started her career in the Kenya Prisons Service as a cadet officer in 1982.Until her death, she was serving as the Commandant of the Ruiru Prisons Staff Training College, a position she was the first female to hold, since 2018.

In 1986, Kireri was promoted and transferred to Embu Women Prisons as the officer in charge.

Later in 1993 she got promoted to the rank of Superintendent of Prisons and then transferred to the Prisons College as a Senior Lecturer.

Kireri was in 2006 transferred to Shimo La Tewa Maximum Prisons, a male-only prisoners institution, as the first-ever female officer in charge of the prison.

In a message of condolence to the family, colleagues and friends of Wanini, President Uhuru Kenyatta regretted that death had robbed Kenya of one of her brightest stars whose decades of outstanding public service had helped uplift the profile of Kenya Prisons Service.

“Kireri was a trailblazer who broke the glass ceiling for Kenyan women serving in the prisons service through sheer hard work, determination and discipline”, the President in a statement, said.

The Principal Secretary in the State Department of Correctional Services Safina Kwekwe isaid Kireri was a patriotic and dedicated public officer who influenced professionalism and diligence in human resource development at PSTC.

“I pray for comfort and fortitude for her family, colleagues in the Kenya Prisons Service, friends and all individuals who were impacted by Madam Wanini”, Kwekwe wrote.

In his eulogy,Dr. Ahmed Kalebi, the Lancet Group of Labs CEO, penned,

“A gem of a civil servant she was and making a real difference she did working with people from all sorts of background. We celebrate her!

“My condolences to the family of the beautiful, diligent and highly professional Wanini Kireri, the Senior Assistant Commissioner General following her demise”, he wrote.