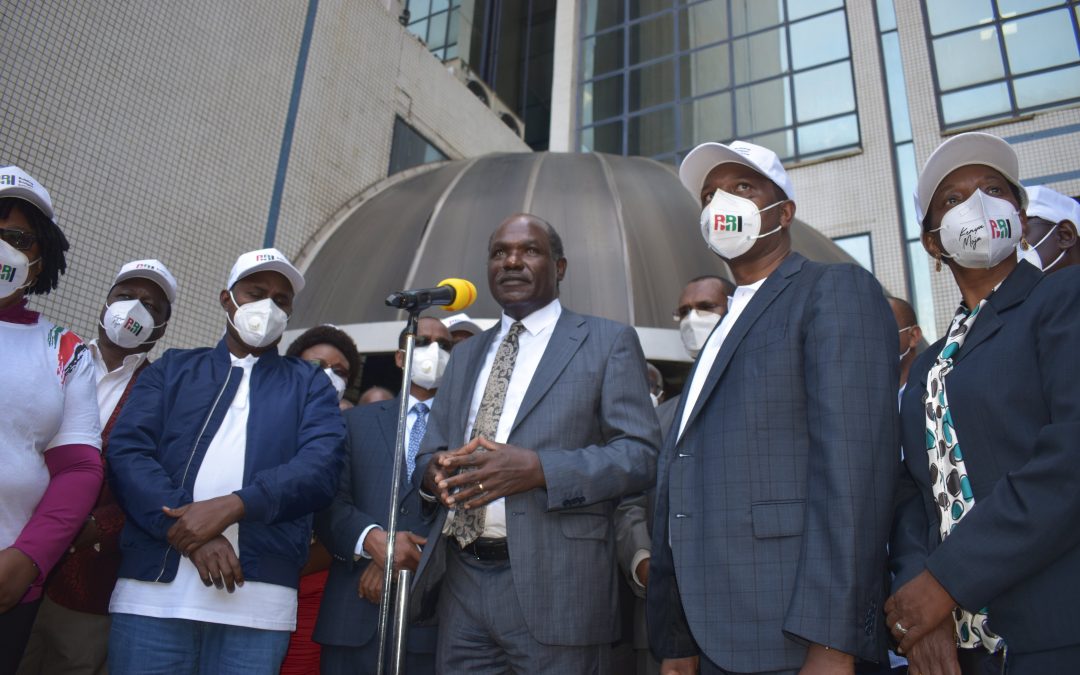 The Independent Electoral and Boundaries IEBC has received sample signatures and the draft bill from the BBI joint secretariat.

IEBC says work starts after receiving 4.4 million signatures from Kenyans pointing out that they shall work on a budget which will inform the basis of the work

Speaking while formally submitting the signatures the co-chairs Junet Mohamed and Dennis Waweru said they have brought both hard and soft copies which they handed over to the chairman Wafula Chebulati who confirmed the same.

IEBC chairman Wafula Chebukati who addressed the media in Nairobi said that the signature verification process will head to the counties which will be expected to back the bill.

“The Commission has today received the draft constitutional amendment bill through a popular initiative and supporting signatures from the BBI”, the commission Tweeted.

He also said the commission already has a referendum committee in place that will undertake the signature verification exercise after the government releases funding to facilitate the work.

Chebukati said the commission will conduct verification within Ministry of Health COVID-19 Protocols to ensure safety of all participants. He further informed the nation the commission shall keep them updated on the next steps going forward

The Referendum bill 2020 will then move to both Houses of Parliament after which the commission will frame referendum questions before Kenyans participate in the plebiscite.