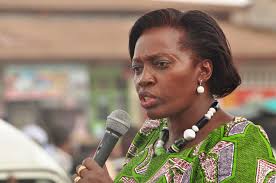 Former Justice Minister and Narc-Kenya party leader Martha Karua has had the last laugh in the fight for her rights after a regional court awarded her shs 2.7 million for violation of her rights.

Karua took the battle to the East Africa Court of Justice after her case was dismissed by the Supreme Court, after losing an election petition against Kirinyaga Governor Anne Waiguru.

“Consequently, we find that the impugned supreme court decision did fall short on the said judicial organs and curtailed Karuas right to access to justice. We find the AG responsible for the impugned decision of the supreme court,” they said.

Karua had not made any prayer for restitution but the court said in its absence, the state responsible for a wrongful international act is obliged to pay compensation.

“In the instant case, given the lost opportunity to be heard in an election petition that could have resulted in national gubernatorial service, we would think that an award of twenty five thousand US dollars would suffice to Karua,” said a three judge bench.

The three judge bench further declared that the Attorney General, through acts or omissions of its judicial organ, violated its commitments to the fundamental principles of the EAC. Karua filed the case before the regional court on October 4 last year claiming the AG through the Supreme Court violated her right to a fair trial and access to justice and in doing so, the government failed to abide by its own constitution.

In her papers, she asked the court sitting in Arusha, Tanzania to find that the Kenyan government infringed on her rights and award her damages.

She also faulted the decision of the Supreme Court for its failure to uphold the rule of law and knowingly dispensing injustice to her as a litigant before it.

But the AG in response maintained that Karua’s case was determined in due compliance with the rule of law, and she did have access to and a fair hearing at the supreme court.

The Supreme court in August last year dismissed Karuas petition challenging Waiguru’s election  saying it has no jurisdiction to handle the matter.

The Supreme Court upheld the ruling of the High court and the Court of Appeal.

The ruling agreed with a High court decision that had described the procedures of filing the case as a nullity since the timeframe for filing the suit had been exhausted.

The Supreme Court in its decision said “We must sympathize with the petitioner who without any fault of her own, has been locked out of the seat of justice. We know the long time the process has taken, the huge financial resources that have been used by both parties,” said the Supreme court.