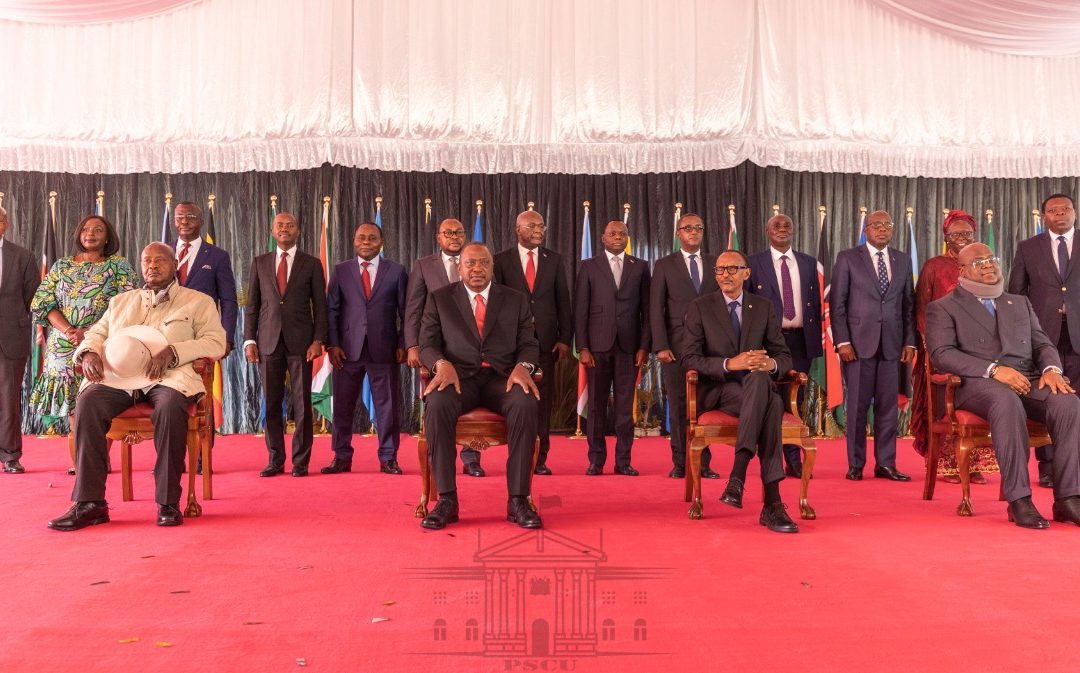 Presidents Uhuru Kenyatta and Felix Tshisekedi today at State House, Nairobi, signed the treaty of accession of the DR Congo into the East African Community (EAC).

The signing of the treaty of accession follows the admission of DR Congo into the EAC as the seventh member of the regional bloc during the virtual 19th Extraordinary Summit of EAC Heads of State chaired by President Kenyatta on March 29.

Welcoming DR Congo into the EAC, President Kenyatta said the coming of the new member into the Community will open doors of opportunity for expanded trade and cooperation.

“With the accession of the DRC, our Community’s population now stands at about 300 million and our combined Gross Domestic Product (GDP) will now stand at $250 billion,” President Kenyatta said.

The Head of State added that the accession of DR Congo as a member of the EAC will also strengthen the economic muscle and competitiveness of the regional economic bloc in the continent as well as globally.

“To my brother and friend President Tshishekedi and the people of the DRC, we welcome you to the EAC Customs Union and the EAC Common Market. These two are the signature pillars of our community and the foundation upon which the social, political, trade, investment and economic interests stand,” President Kenyatta said.

President Kenyatta, who is also the chairman of the EAC, pointed out that the accession signature immediately brings DR Congo into the realms and provisions of all the protocols and regional policies of the EAC.

He said the signing will be followed by the immediate removal of all existing Non-Tariff Barriers as well as limitations on the movement of capital, goods, services and people, saying with time this will lead to a major increase in inter-EAC trade.

In this regard, President Kenyatta urged DR Congo to conclude the remaining domestic processes as per its constitution and deposit the instruments of ratification within the stipulated six months period.

The President assured that the Community shall also develop a mechanism for the speedy ratification by DR Congo of the admission of submissions of the Community to the African Continental Free Trade Area Agreement (AfCFTA) processes.

“As agreed by the EAC partner states, the joint submission by EAC will strengthen our voice in the AfCFTA,” President Kenyatta said.

He commended President Yoweri Kaguta Museveni of Uganda for the zeal with which he galvanized support from member states for the DR Congo to join the EAC.

The objectives of the agreement include promoting increased agricultural productivity in Kenya and DR Congo, encouraging joint investment ventures between respective private entrepreneurs as well as boosting mutually beneficial trade between the two countries.