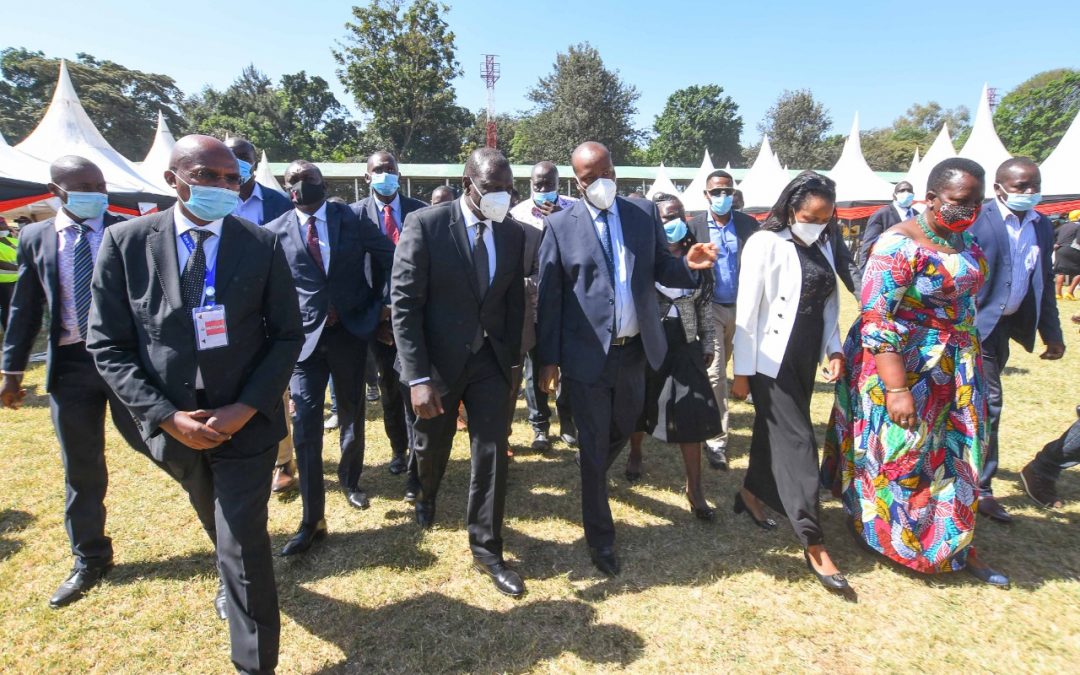 Deputy President William Ruto has asked independent institutions in the country to stop engaging in partisan politics.
He said independent institutions like the Police Service and the Judiciary should not take instructions from political players.
Dr Ruto said the government has invested heavily on such institutions to ensure they have resources to execute their mandates professionally and in accordance with the Constitution.
“We expect the Inspector General of Police to provide leadership that will ensure we have a professional and independent police service that does not bend to political interests and partisan considerations,” said Dr Ruto.
“The biggest threat to democracy is when police become partisan or respond to certain political interests while ignoring others,” he added.
The Deputy President said the Police Service will be held accountable for the safety of Kenyans and their property.
“The police service has no excuse and should not try to apportion blame to anyone or any side. They have a duty to ensure that every citizen, their property and rights are protected,” said Dr Ruto.
The Deputy President spoke today during the funeral service of Bahati MP Kimani Ngunjiri’s son Arthur Kinyanjui Kimani held at Nakuru Agricultural Society of Kenya (ASK) grounds. Dr Ruto descibed the late Arthur Kinyanjui Kimani as a hardworking, brilliant and promising young man.
“He was a talented artist, a gifted entrepreneur & an accomplished farmer. We pray to God that He grants the family and the loved ones courage and strength to bear this huge loss. Rest In Peace” Dr. Ruto eulogized.
Meanwhile, the Deputy President has said the Judiciary should disregard external forces trying to undermine its independence.  He urged members of the Judiciary to conduct themselves professionally and ‘stop listening to lectures from some quarters’.
The DP said it was the duty of the Judiciary to stand firm and defend all the other institutions.
“An independent Judiciary is the pillar of the rule of law. We expect the Judiciary will stand up to be counted as an independent institution,” he said.
The Deputy President said all state departments should perform their duties diligently and shun unnecessary blame games.
“Everyone of us should do his/her bit. We will do our bit as the Executive. Independent institutions and the legislature should do their part,” said Dr Ruto.
Dr. Ruto  was flanked by Nakuru Governor Lee Kinyanjui, MPs Susan Kihika (Nakuru County), Kipchumba Murkomen (Elgeyo Marakwet), Ndindi Nyoro (Kiharu), Kimani Ichungwa (Kikuyu), Silvanus Osoro (South Mugirango), Aronn Cheruiyot (Kericho County) among others.
The MPs echoed Dr Ruto’s remarks, saying independent institutions should not allow politicians to use them to pursue their political interests.