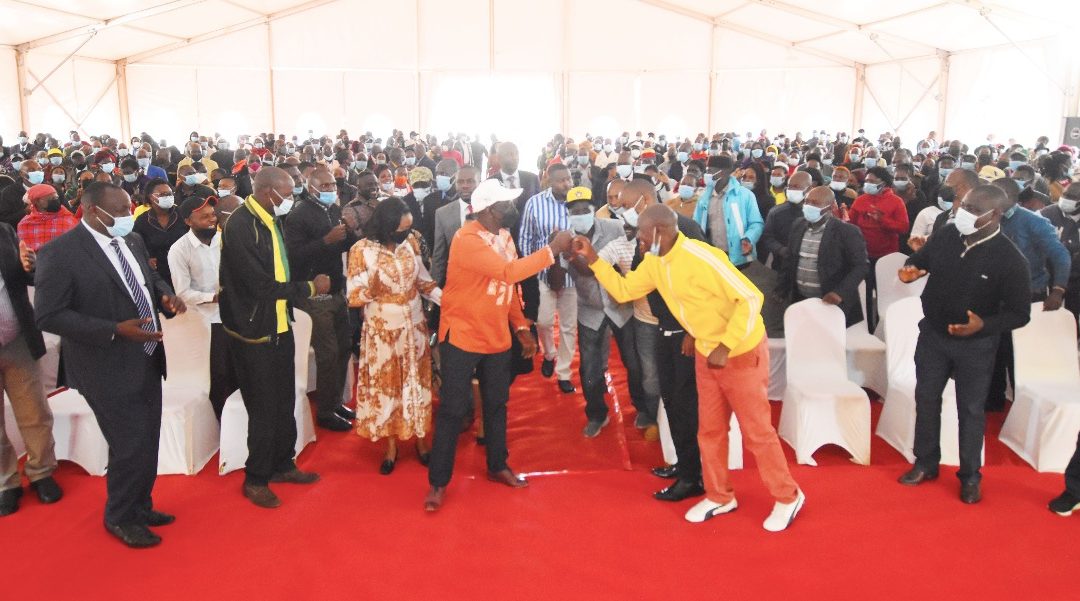 Deputy President William Ruto has hit back at Interior Cabinet Secretary, Dr. Fred Matiang’I following his listing of property belonging to Him. Speaking at his Karen residence when he met with a delegation from Nakuru county, Ruto said he only owns 70 percent of the property tabled in parliament by the Interior CS when he appeared before the National Administration and Security Committee.

According to Dr. Ruto, the Interior Ministry choreographed its appearance in Parliament with the intention to unjustly conduct his lifestyle audit. He denied the claims that he owns some of the properties itemised by Cabinet Secretary Fred Matiang’i.

“Sadly, they forgot to enumerate some of the other properties that I own like shares in Safaricom and Kenya Airways,” said Dr Ruto.

He said the move, if genuine, should be extended to all leaders. The Deputy President, while terming it a non-issue, said the number of officers guarding him was grossly exaggerated and meant to smear his name.

However, Dr Ruto noted that it was regrettable that the issue at hand had been sacrificed at the altar of political propaganda.

“Let us engage and work together towards making Kenya a country of possibilities. We must create jobs and support enterprises to sprout and flourish. That way, we will tame poverty and take Kenya back to the growth path,” he explained.