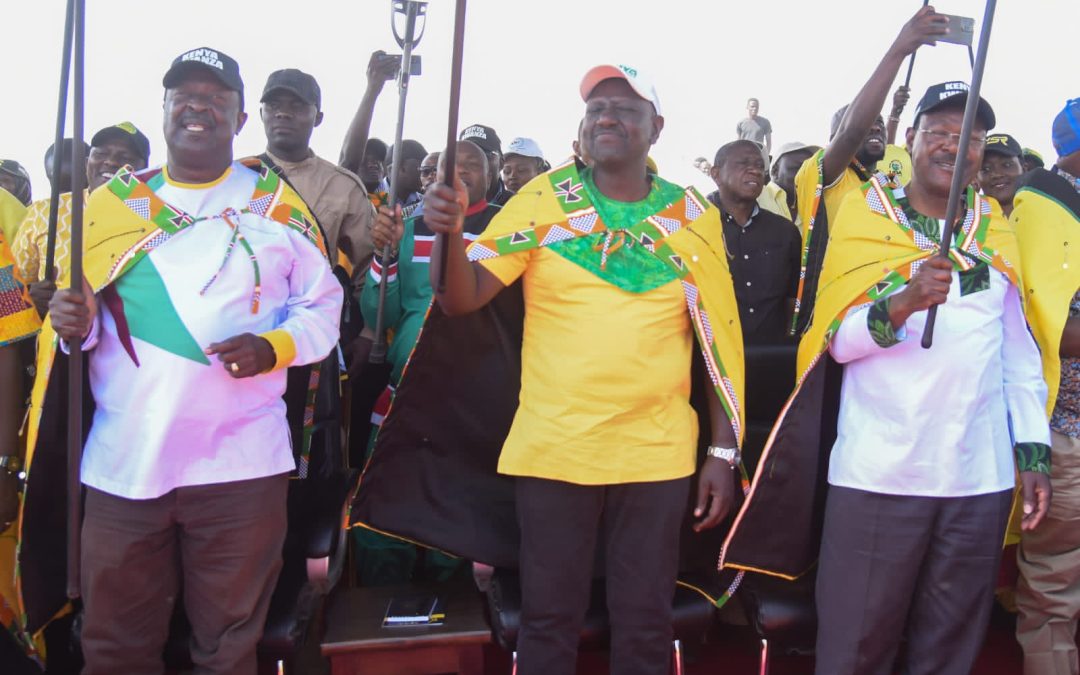 Addressing the crowd that turned up for the UDA event in Olopiril, Narok West sub-county, The DP thanked Narok Woman Representative Soipan Tuya and Narok West MP Gabriel Tongoyo for dropping their bids and unanimously agreed to support Ntutu for the UDA ticket.

“”We are thankful to Mheshimiwa Soipan Tuya and her Narok West and Narok South counterparts Gabriel Tongoyo and Korei Ole Lemein for their courage in agreeing to vacate their political ambitions to support the candidature of gubernatorial aspirant Patrick Ole Ntutu”, Ruto said.

“This is a unity move that will give priority to the challenges afflicting Narok County,” he added.

Addressing the crowd, Dr. Ruto  pledged that when the Kenya Kwanza Alliance takes over the presidency, it will ensure that Sh100 billion is set aside for housing programs, agro-processing, value addition, and manufacturing, which will lead to the creation of job opportunities for the youth across the country.