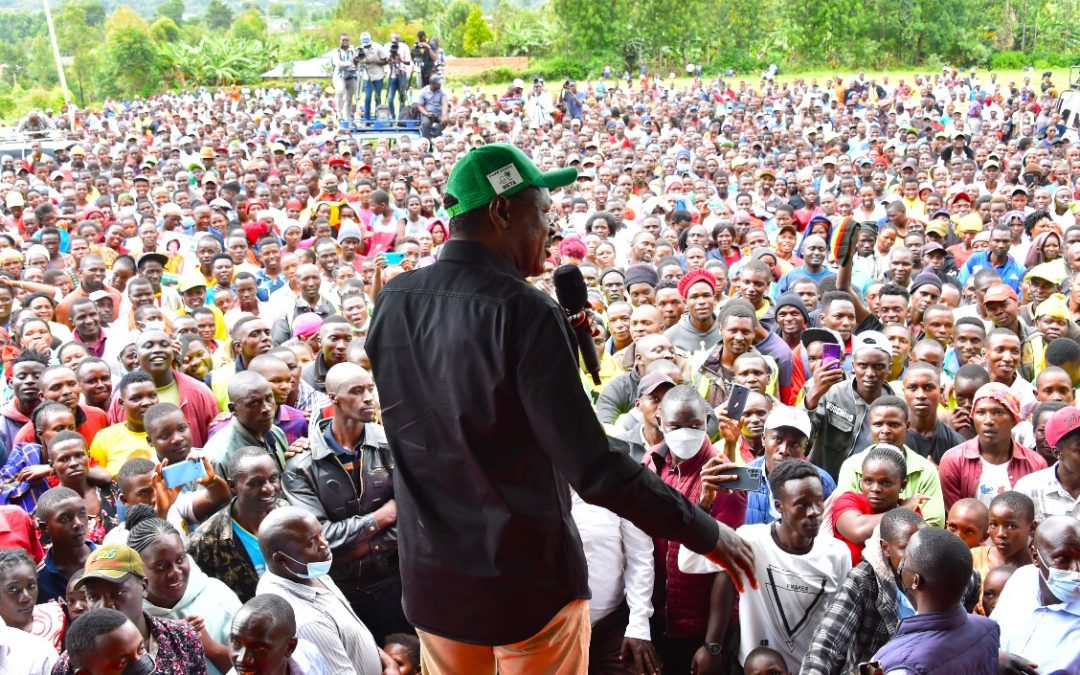 Deputy President William Ruto has addressed the the Karson Institute for Race, Peace and Social Justice in Maryland Loyola University during a conversation on Politics, Prose and Peace.

The DP noted that the biggest issues for Kenyans on the ballot during the August general election will be the democracy of the country and whether people have the opportunity to make choices, devoid of blackmail, threats and intimidation. He added that Kenyans will be also be making choices about the the democratization of the economy.

Ruto added that despite the use of the criminal justice system to intimidate leaders, he is confident he will clinch the presidency. He added that his administration will be pushing for an all-inclusive economy once he is elected into office.

Meanwhile, DP Ruto has lauded Ford Kenya Party leader Moses Wetangula for leading the Kenya Kwanza campaigns in Kisii and Nyamira Counties. This,as Ruto and  his co principal in Kenya Kwanza Alliance,  ANC leader Musalia Mudavadi,  are in the US for their tour.

Taking to social media, Ruto hailed Wetangula for opening the Getaari Mixed Sec School dormitory funded by the West Mugirango NG-CDF and presenting a bus to the institution and  later addressing wananchi in South Mugirango and Nyaribari Chache, Kisii County.

The DP also hailed  Members of Parliament for their continued role in enhancing access to quality education through the National Government Constituency Development Fund. He said Kenya Kwanza associates with the milestone and commit to channel more funds to the grassroots to further drive our country’s development.