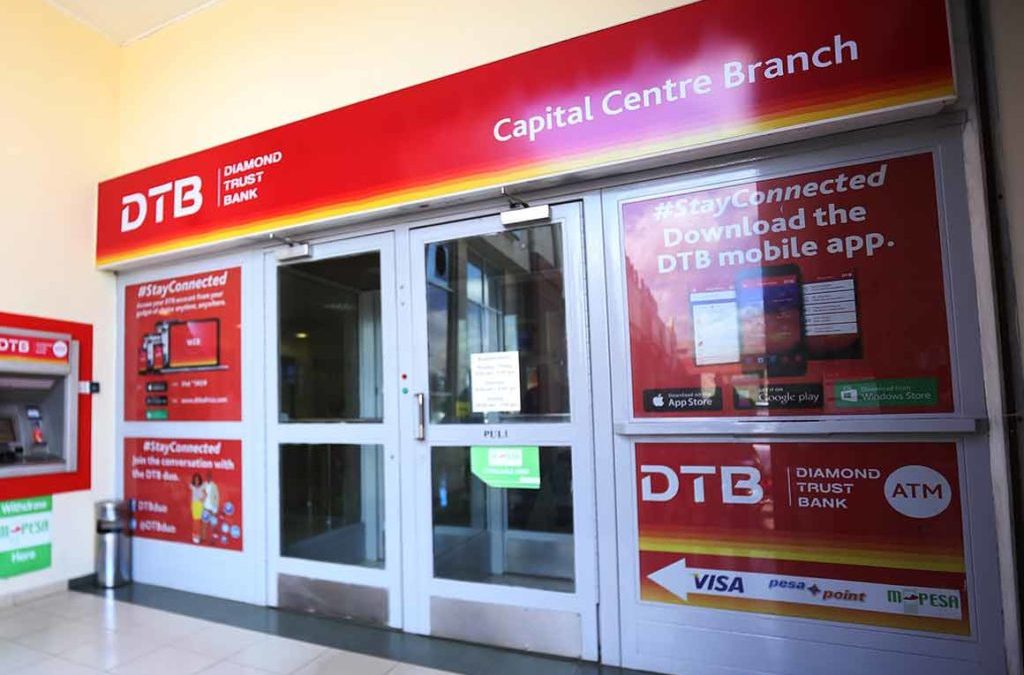 Diamond Trust Bank Kenya (DTB) has announced that it will close six of its branches starting June 30, as it seeks to reduce its rising operational costs.

In a notice , the lender said the branches targeted for closure are those close to others, which will be merged with the primary ones in their respective areas.

Meanwhile, the branch at the Garden City Mall,will be taken over by the Thika Road Mall branch from September 30.The Eastleigh branch will be merged with the Medina Mall branch from October 30.

The DTB branch consolidation will affect locations where branches identified for merger are co-located or in close proximity to each other. The affected branches will cease operations with immediate effect,” DTB stated.

DTB said in a statement that the Central Bank of Kenya has approved the application to consolidate its branches , with the affected staff in the branches set to be redeployed appropriately to support other branches or business units within the DTB network.

“The Central Bank of Kenya has approved an application by Diamond Trust Bank to consolidate its branches in certain locations within the country. The branch consolidation will affect locations where the branches identified for merger are co-located or in close proximity to each other,” DTB said.

According to CBK’s Bank Supervision Report covering 2019, the number of bank branches decreased from 1505 in 2018 to 1490 in 2020 with Nairobi County seeing the highest branch closures at eight.

“The decrease in physical bank branches was mainly attributed to the adoption of alternative delivery channels such as mobile phone banking, internet and agency banking,” said the CBK.