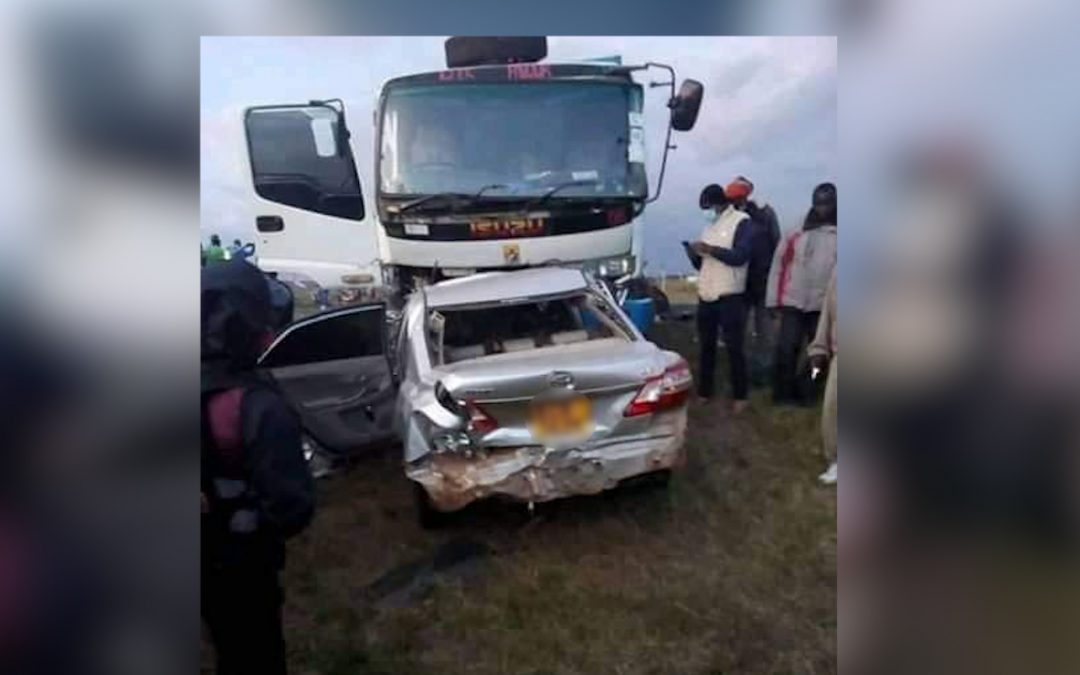 Police officers are investigating the cause of an accident that claimed the lives of five people along the Nyeri-Nanyuki road. The police are searching for the driver of the truck that was involved in a head on collision with the car.

The driver of the truck went missing shortly after last night’s incident and has not been seen since. According to preliminary findings, the accident occurred when the driver of the car tried to overtake the lorry.

The bodies of the deceased are being preserved at Nyeri County Referral Hospital mortuary while the wreckages of the two vehicles were towed to Narumoru police station.

Confirming the incident, Kieni East Sub County Police Commnader Sicharani Wilberforce said that they are seeking to establish what led to the crash.