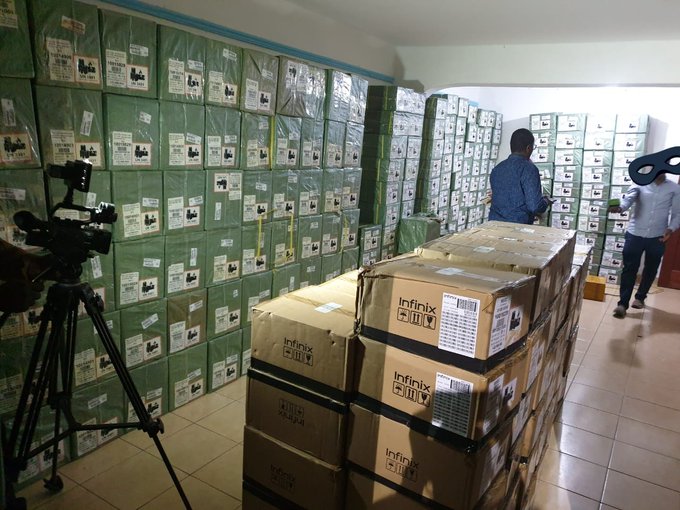 Over Ksh.120 Million worth of Mobile Phones which were stolen while on transit from African Cargo at JKIA to Rolling Cargo Ltd warehouse in Eastleigh on Friday last week, have been recovered by detectives from the Directorate of Criminal Investigations (DCI).

The mobile phones were recovered at Muimara Estate in Imara Daima after Nairobi area & Buruburu detectives narrowed down on some members of an organized criminal cartel within Nairobi and arrested suspects namely; Mwangangi Kyalo (41), Jacob Waithaka (39), Patrick Irungu (45) and Newton Mwenda (35).

Interrogations on the four suspects led the detectives to house number 001 court number 70 of the said estate, where 629 cartons containing the phones were recovered. Efforts to recover the rest of the cartons are underway.

The lorry driver who is still at large has been advised to surrender himself at any police station near him.