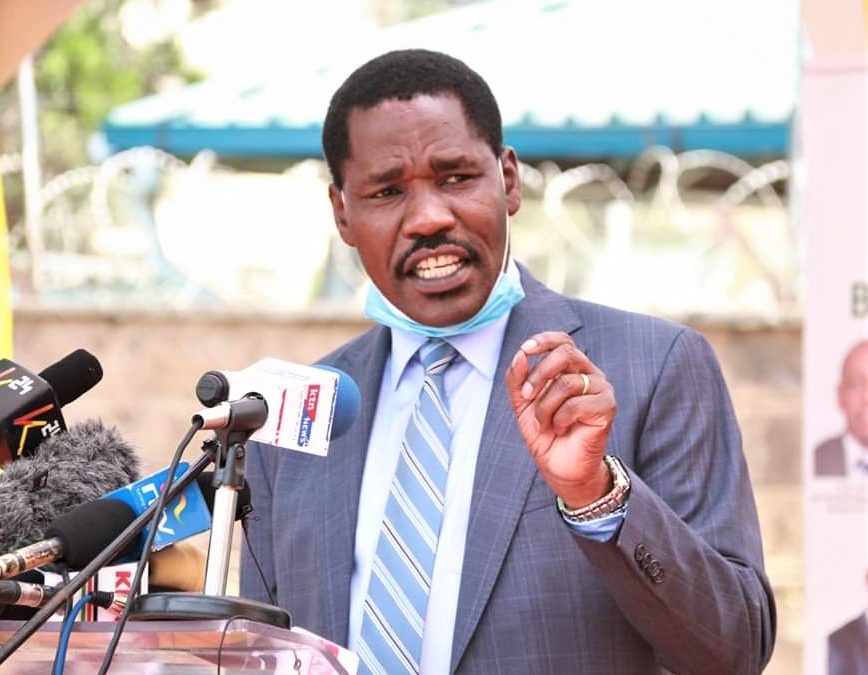 The Ministry of Agriculture has already challenged a court order that stopped a national steering committee formation by the CS Agriculture to look at the reforms in the tea sector.

Agriculture Cabinet Secretary Peter Munya said that despite the ministry complying with the order, implementation of tea reforms and regulations set will still go on.

“There has been a misconception , and Kenya Tea Development Authority (KTDA) went to stop formation of the committee but not the reforms”, CS Munya said after unveiling a road map for the tea regulations and also update on sugar reforms in the country..

On July 10th High Court had stopped the newly appointed committee on the implementation of tea reforms from commencing its work, pending the hearing of a case filed by Kenya Tea Development Agency (KTDA).

KTDA had argued that some of the people appointed in the committee have publicly pronounced themselves adversely against KTDA, had cases in Court on matters relating to the operations of the company while others had broken contractual relationships with them.

The CS explained that he had appointed the said committee to work out not only on tea regulations but other reforms that are required in the sector and that the committee was an implementation one that was supposed to support the minister engage the stakeholders.

“We have already gone to court to challenge the orders and I believe a fair court will look into the matter and the committee allowed carrying on with their work”, he said.

The CS emphasized that the orders from the court were completely unreasonable and that if any one goes to court to seek orders to stop a committee and says “under certificate of urgency”, then he does not understand why a court could give orders that operate between July, August and September if the matters are urgent.

“It is curious that the court would handle the matter that is declared by whoever who took it to court as urgent and yet give orders that run to September cause matters declared as urgent are supposed to be addressed expeditiously”, the CS said ,

Munya also questioned why the court would give 3 months for submission by parties terming them strange orders saying urgency means handling a matter on a day to day basis immediately a matter is at the court.

“This particular situation, the court gave orders and said we give submission and then the court will express itself in September. How urgent is that matter? And what motivated the court to give those orders that run for three months”, he remarked

Munya noted that clearly the intention of the stop order is to stall the reform process that has been undertaken, but luckily , he added that the reforms are on board and the regulation in force

“Whereas we complied with court orders, and stopped committee from proceeding with its work, the orders have nothing to do with regulations but orders were to stop committee which according to us was properly appointed according to the law. I appointed the committee under the crops Act which gives me power to appoint the committee”, he said.

He noted that the committee which was to support him in the process of working out reforms , would also have been evaluated under the law thus there was nothing illegal.

“A matter of that nature we would and, I would have expected the courts not to give ex- parte orders but also require us to give submission instead of the freezing orders”, he said.

Munya called upon courts to be sensitive to the needs of Kenyan public,. “ I am sure every Kenyan knows the suffering the tea farmers have gone through under the years and the courts should be supportive in terms of helping resolve issues affecting farmers instead of supporting the status quo that has been a burden to tea especially small scale tea farmers in this country”, he said

“Be that as it may we have complied with court orders but moving on with reforms under the law as we wait for the court to give its ruling”, Munya concluded.

In a gazette notice dated June, 25, CS Munya appointed a 10-member committee to look into reforms in the tea sector with the mandate of managing and coordinating processes and implementation of the tea sector reforms, including changes in the role of KTDA in the management of small-scale tea growers.