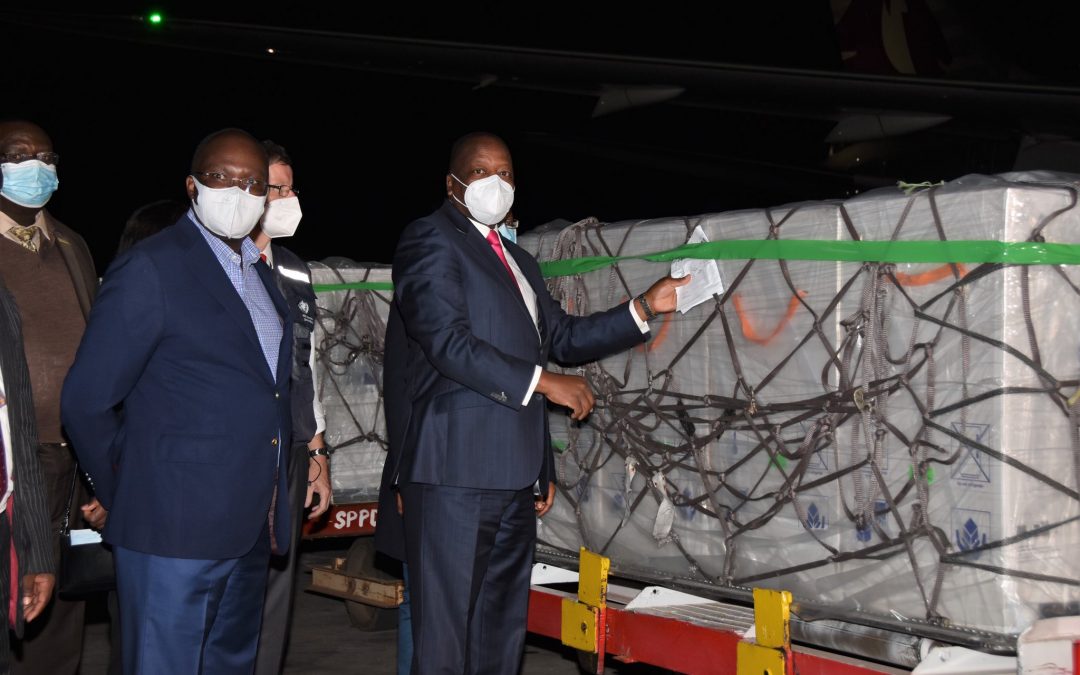 CS Kagwe who was flanked by his Transport counterpart James Macharia, and Health Principal Secretary dr. Susan Mochache and other top government officials, received the consignment at the Jomo Kenyatta International Airport (JKIA).

The government is now expected to announce the vaccine roll-out plan, which will be done in three phases. during phase one which kicks off this Friday, more than 400,000 health workers  countrywide are targeted, as well as workers in other essential services. During this phase, the targeted population is 1.25 million, with the ministry clarifying that politicians are not targeted, as had been reported in some sections of the media.

The Ministry of Health also announced that the vaccine will be distributed to the referral hospitals countrywide, including level four and three hospitals, and will work with County governments to ensure seamless operation.

This comes as 331 more people tested positive to COVID 19 disease,out of a sample size of 4,725 tested in the last 24 hours. This now brings total confirmed cases in the country to 106,801, since the disease first broke out in the country in March 2020.

The cumulative tests conducted so far have now reached 1,311,326.

On a positive note, 54 patients have recovered from the disease. 44 of them are from the home based isolation and care, while 10 are from various health facilities.The total recoveries now stand at 86,914.

Sadly, 3 patients have succumbed to the disease bringing the fatality to 1,866.