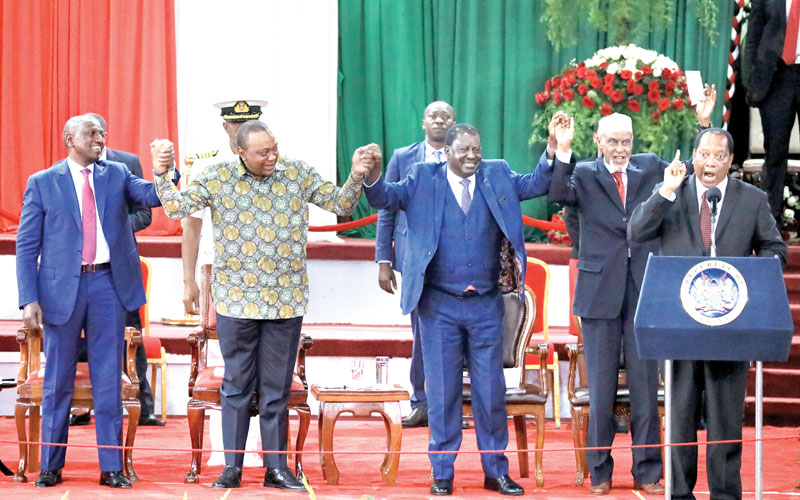 The High court has declined to declare the Building Bridges Initiative (BBI) taskforce unconstitutional and its report nullified.

Justice John Mativo has ruled that there’s no contradiction in the provisions of article 132 and 132 of the constitution.

The judge noted that the President was right to form the BBI and it has passed the legality test.

The petition was filed in December last year by Thirdway Alliance party leader Dr. Ekuru Aukot. In the petition, Dr. aukot had argued that ODM leader Raila Odinga had no legal mandate to negotiate the BBI with President Uhuru Kenyatta, adding that the formation of the BBI team amounted to misuse of public funds.

Through lawyer Elias Mutuma, Dr. Aukot asked the High Court to declare the task force unconstitutional and nullify its activities, including the report it produced after collecting public views.

“The initiative is a total waste of time and public money. Task force hearings were conducted in secrecy in selected parts of this country, hence leaving out many Kenyans”, he added.

“The President ought to have included all the political players in the handshake. There were other presidential candidates in the 2017 race, why Raila only?” Mutuma further asked in the petition before Justice Mativo.

However, the BBI taskforce dismissed the claims as mere allegations, saying Dr. Aukot had not demonstrated how the BBI was illegally established.

‘Through lawyer Jackson Awele, they said Dr. Aukot should state the provisions of the Constitution that had been violated and the manner in which it was done.