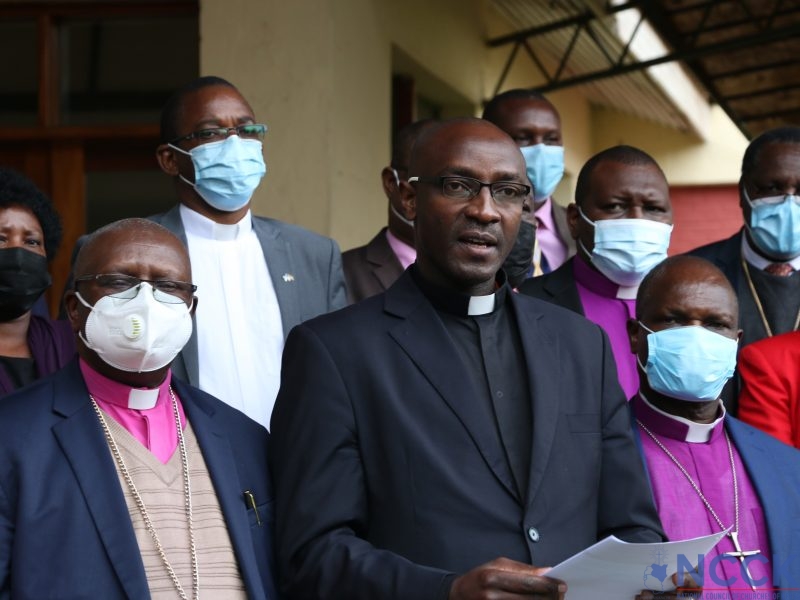 The National Council of churches of Kenya NCCK is calling upon all Kenyans to actively play their role to Secure the General
Elections  slated for August 2022.

The statement comes at the end of a 2-day meeting in Limuru, convened by the  Programme Committee of the National Council of Churches of Kenya and  attended by Heads of Member Churches, Chairpersons of the NCCK
Regional and County Coordinating Committees, Women and Youth Representatives from the Regions, and the heads of women ministries in the member churches.

The goal of the meeting was to formulate strategies and action plans for Securing Elections 2022.

The council urged President  Uhuru Kenyatta to lead the government in assuring all Kenyans that the 2022 General Elections and subsequent transitions will be peaceful, free and fair. They also called for the equal application of the law, and called upon the Ministry of Interior and Coordination of National Government to make adequate preparations, and coordinate with the state and non-state actors, so as to secure the General Elections.

“Assurance must be given that the scenes witnessed during past by-elections where electoral officials were harassed and assaulted in the presence of police officers will not be repeated”, the statement went on to say.

The various church leaders have further called  upon the National Assembly and the Senate to withdraw the Elections Laws
(Amendment) Bill 2022 and any other elections related laws to create space for adequate public participation in a less tense environment after the polls. They argued that radical changes to the law governing elections so close to the polls undermines free and fair elections.

To the Political Parties and coalitions taking form and shape to clinch various elective seats at the polls in August, the NCCK urged them to  hold free and fair primaries, and also address the fears of aspirants that some are more equal than others

The NCCK has meanwhile called upon religious leaders to provide civic and voter education to the people of Kenya
so that they can make informed choices.

“We call upon all leaders, politicians, aspirants and religious leaders to remember that the Kenya they paint and shape with their words is the Kenya they and their parents, spouses and children live in. Let every person tell stories of hope and not despair. Let us promote peace, not violence; Unity, not discord; Love, not hatred”, NCCK implored.