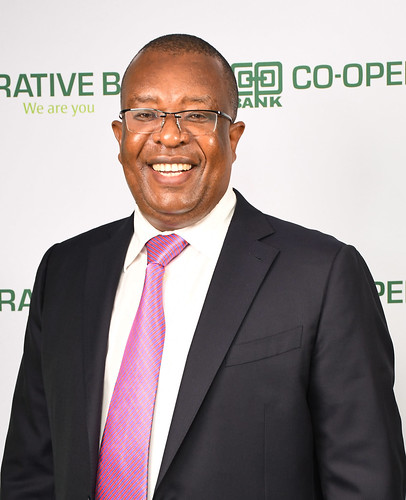 Co-operative Bank of Kenya has been awarded the  East Africa’s Regional Bank of the Year, during the 16th edition of the African Banker Awards Gala Ceremony  that took place at the Kempinski Hotel, in Accra, Ghana.

Over 300 banking and financial services professionals joined the Gala Ceremony in an event  held under the High Patronage of the African Development Bank, being part of the programme of the Bank’s Annual Meetings.

Co-Operative Bank of Kenya clinched the Regional Bank of the Year Award for overall excellence in banking in the region, in the awards organised by African Banker magazine and IC Events in co-operation with Business in Africa Events.

Vera Songwe, United Nations Under-Secretary-General and Executive Secretary of the Economic Commission for Africa, was awarded the African Banker Icon Award for her tireless work in providing governments with the fiscal ammunition to deal with the impact of COVID-19.

Angola’s Finance Minister, Hon Vera Esperança dos Santos Daves de Sousa, was recognized as the Finance Minister of the Year for her stand-out work in restoring stability and market confidence to her country.

Other winners include legendary Nigerian banker Atedo Peterside, founder of IBTC Bank, which he merged with Stanbic 15 years ago, who won Lifetime Achievement Award for his contribution to banking.