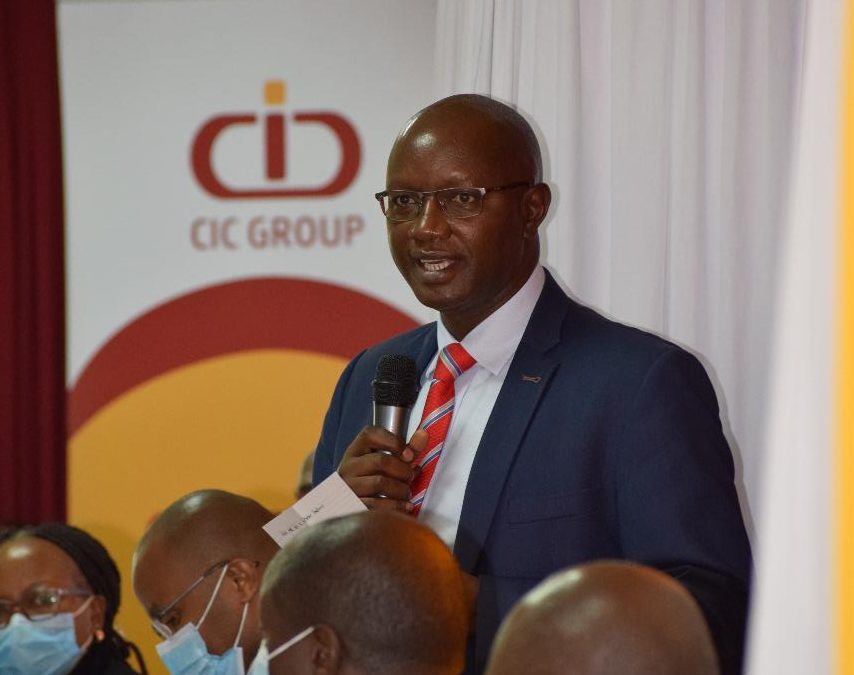 CIC Insurance Group has posted a profit before tax of Ksh 337 Million for half year to 30th June 2021 compared to Loss before tax of Ksh 287Million for the same period last year. The strong performance was boosted by resilient growth in the topline and strong investment returns.

The Group’s Gross Written Premium grew by 16% to KShs. 10.8 Billion from KShs. 9.3 Billion. The strong performance was driven by growth in all businesses except South Sudan where the business was repricing to more profitable business.

Investment income grew 168% to KShs1.6 Billion from KShs. 0.6 Billion prior year due to gains in equity portfolio and unwinding of forex losses from currency translation of foreign subsidiaries.

Fund management fees grew by 41% to KShs. 400 million from KShs300 million as a result of the increase in funds under management. Fee income and Re-insurance commission increased from Kshs. 673 Million to kshs1.1 Billion a 63% growth.

CIC Life assurance also posted an increase in its Gross Written Premium  by 9% to KShs 2.9 Billion compared to KShs 2.6 Billion prior year. The Group however recorded a loss before tax of Kshs. 270 million down from a profit before tax of Kshs31 million same period prior year, in view of the life claims owing to the Pandemic. The Group said its  Management has put mitigations in place to ensure significant improvement of the loss ratios.

Meanwhile, the CIC asset Management has posted increased  profit before tax from Kshs130 million same period last year to Kshs. 225 million mainly as a result of growth of Assets under Management by 35% to KShs. 89 billion from KShs. 66 Billion

The CIC Group has recorded considerable performance improvement on all key revenue lines, as the business begins to reap from the benefits of the leadership changes that the company made, notably the appointment of the new Group CEO Patrick Nyaga and the recent appointment of a new Chairman of the Board  Nelson Kuria.