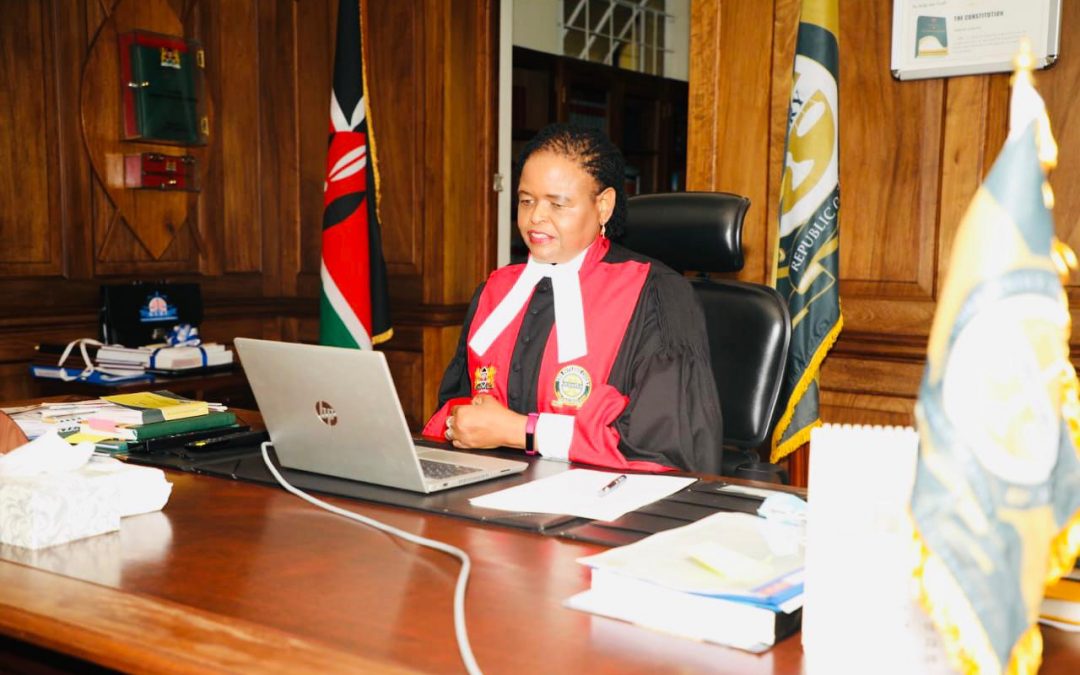 The Supreme court today held its inaugural sitting with Chief Justice Martha Koome and Justice William Ouko attending for the first time. In its first sitting, the apex court directed that the Judiciary Sentencing Policy guidelines should be revised in tandem with the new jurisprudence in the Muruatetu case.

THe seven Supreme Court judges said that the Muruatetu case cannot be applied to any other cases except murder cases.
“The decision of Muruatetu can only apply for murder under section 203 and section 204 of the penal code,” court heard.
Further the seven judge bench directed that all offenders who have been subjected to the mandatory death sentence and desire to be heard on sentence will be entitled to resentencing hearing.

The judges said that the Muruatetu case cannot be applied to any other cases except murder cases. Further the seven-judge bench directed that all offenders who have been subjected to the mandatory death sentence and desire to be heard, will be entitled to resentencing hearing.

Similarly the apex court issued guidelines in which the court should consider when re-sentencing among them age of the offender ,whether he pleaded not guilty ,character of the offender, manner in which the offence was committed on the victim, possibility of reform and any other factor the court may consider relevant.

“We direct other capital offences like robbery with violence that a  challenged on the constitutional validity should bargained at the high court ..Muruatetu can’t be applicable to those cases, “said the court
Where an appeal is pending at the Court of Appeal or High Court, they will entertain an application for resentencing upon being satisfied that the appeal had been withdrawn.

During the sitting the Office of Director of Public Prosecution, Attorney General and the senior Counsel offered their support to the apex court and urged the court to deliver justice.

“I wish to confirm that as an office we endeavor to pursue inter -agency to the delivery of justice, said Alexander Muteti for DPP
Representing the senior counsels Fred Ojiambo read a verse from the book of Deuteronomy urging the bench not to accept bribe , not to allow external factors disrupt them but  to do justice.
On her part CJ Martha Koome said that the judges will remain independent and impartial as directed by the Constitution
“I wish to assure Kenyans that the Supreme Court and its judges don’t live in ivory towers. We are part of the Kenyan society and we are acutely aware of the burden of nurturing social transformation that the Constitution has imposed on us. You will allow us to speak mainly through our judgments and not to respond to matters that are not before us,” she said.